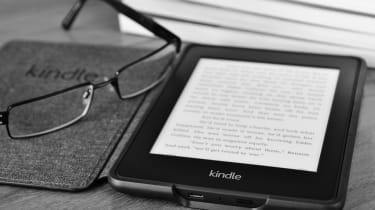 British ISPs must block seven websites for sharing pirated ebooks, after a complaint from the Publishers Association (PA).

The UK High Court has previously ordered major ISPs to block more than a hundred piracy sites such as The Pirate Bay, but it's the first time it's specifically targeted websites sharing ebooks.

Under the order, BT, Virgin, Sky, EE and TalkTalk must block seven sites within the next ten days - they are AvaxHome, Bookfi, Bookre, Ebookee, Freebookspot, Freshwap and LibGen.

The order comes after an investigation by the PA itself showed that at least 80 per cent of the 10 million ebook files on the sites infringed copyright.

The PA had previously used takedown orders to fight piracy, filing a million requests to the seven sites.

A message on Freebookspot reads: "Publishers Association is going to block this site. I was forced to delete over 10,000 books."

Richard Mollet, CEO of the PA, welcomed the ruling. "A third of publisher revenues now come from digital sales but unfortunately this rise in the digital market has brought with it a growth in online infringement," he said.

The sites are blocked at the network level, using technology originally developed to stop child-abuse images from being viewed in the UK.