Microsoft reaches its target two years later, after the death of its mobile OS and Windows 7 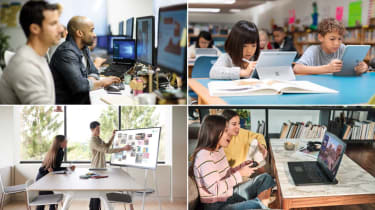 Microsoft's Windows 10 is now active on more than one billion devices, the company has announced, reaching the milestone five years after it was first released.

The software giant had originally envisioned reaching one billion users by 2018, but the demise of the Windows phone and users refusing to switch from Windows 7 put that target back two years.

"Today we're delighted to announce that over one billion people have chosen Windows 10 across 200 countries resulting in more than one billion active Windows 10 devices," Yusuf Mehdi, Microsoft's corporate VP for modern life, search and devices, wrote in a blog post. "We couldn't be more grateful to our customers, partners and employees for helping us get here.

"With 100% of the Fortune 500 now using Windows 10 devices, it has become a critical platform for driving business transformation in the enterprise and beyond. As companies transition from Windows 7 to Windows 10, they are making a commitment to running their business more efficiently, more securely, and positioning themselves to offer better products, services and solutions to their customers."

The announcement comes just two months after Microsoft ended support for Windows 7 - its previous operating system that was still extremely popular in the run-up to its end of life. Presumably, many users finally migrating to Windows 10 helped the new OS hit the one billion mark.

That goal was originally set for three years after it was first launched in 2015, but it had to push that back after its mobile version of the OS failed to match iOS and Android.

The Windows phone was pulled at the end of 2017 with the company announcing that Windows 10 Mobile, the last incarnation of the company's mobile OS, would no longer receive feature updates, or new hardware.

The one billion figure comes just days after founder Bill Gates announced he was stepping down from the company's board to pursue more charitable ventures. He leaves the organisation as it boasts strong numbers on a number of fronts. It's cloud business, under the leadership of CEO Satya Nadella, has captured a huge chunk of the market.

3 ways to protect yourself and your clients online

Autonomous databases are here. So who needs database administrators anymore?

The IT expert’s guide to AI and content management