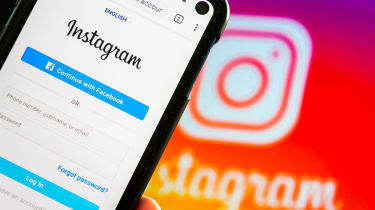 Ireland’s Data Protection Commissioner (DPC) has launched a GDPR investigation into Facebook-owned Instagram over its handling of children’s personal data.

The data protection watchdog is investigating complaints that Instagram made the email addresses and phone numbers of users aged under 18 public, the Telegraph reports.

This follows a complaint by US-based data scientist David Stier, who estimated in February 2019 that 60 million Instagram users under the age of 18 were given the option to switch their personal accounts to business profiles, which required them to display their contact details on their profile.

Stier said that, as a result, as many as five million children could have had their personal details exposed.

He also warned that the same personal information was also contained in the HTML source code of web pages accessed when using Instagram’s web interface, meaning that it could be "scraped" by hackers for large-scale data collection.

Graham Doyle, deputy commissioner at the DPC, commented: "Instagram is a social media platform which is used widely by children in Ireland and across Europe.

“The DPC has been actively monitoring complaints received from individuals in this area and has identified potential concerns in relation to the processing of children's personal data on Instagram which require further examination."

The Irish regulator is also investigating whether Facebook has enough protections and restrictions in place to protect children's personal data.

"This inquiry will also consider whether Facebook meets its obligations as a data controller with regard to transparency requirements in its provision of Instagram to children," Doyle added.

In response to the launch of the two investigations, a Facebook spokesperson said: "We’ve always been clear that when people choose to set up a business account on Instagram, the contact information they shared would be publicly displayed. That’s very different to exposing people’s information.

"We’ve also made several updates to business accounts since the time of Mr Stier's mischaracterisation in 2019, and people can now opt out of including their contact information entirely. We’re in close contact with the IDPC and we’re cooperating with their inquiries.”

Under GDPR rules, Facebook could potentially face a fine of up to 4% of its global revenue or €20 million, whichever is higher.