Megakey business model could be the future of the music industry.

Kim Dotcom, founder of Megaupload, has confirmed he will be launching a new music sharing service later this year

The entrepreneur confirmed on Twitter that the Megabox service would launch in 2012, despite his problems with the US Department of Justice over claims of piracy. 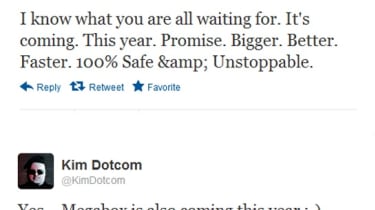 The Megabox service is set to take advantage of the growing interaction between music artists and fans and will be based on a unique business model, which cuts out record labels.

Dotcom originally outlined the business model in the blog post on Torrent Freak, in December.

"Universal Music Group knows that we are going to compete with them via our own music venture called Megabox.com, a site that will soon allow artists to sell their creations direct to consumers and allowing artists to keep 90 per cent of earnings," Dotcom noted.

"We have a solution called the Megakey that will allow artists to earn income from users who download music for free. Yes that's right, we will pay artists even for free downloads. The Megakey business model has been tested with over a million users and it works."

Dotcom will be hoping Megabox is able to replicate the success of Megaupload, which was the 13th most frequented website on the internet and received over 50 million daily visitors, before being seized by US authorities.

If Megabox takes off, record companies may have to rethink the redistribution of royalties to artists or risk losing them. The site could also challenge established distribution platforms such as iTunes.