The tech skills you need to succeed in the US

What skills are required for techie Success in the US? We take a look... 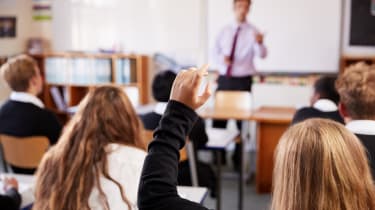 If you're a UK techie hoping to make the move to the US or a US-based graduate hoping to build your technology career there, you're in luck: US businesses are crying out for you.

In this year's Harvey Nash/KPMG CIO survey, 60% of technology executives in the US said that they were suffering from a tech skills shortage. However, not all skills are equal. What technology disciplines should you specialise in if you want to boost your resume and earnings potential stateside?

There are some differences in salary between the US and the UK that provide some pointers, according to Julia Silge, a data scientist at Stack Overflow, which serves a community of global tech workers with its knowledge-sharing forum site. "Our survey results this year indicate that people working with data (data analysts, data scientists, data engineers) are relatively more highly paid in the US than in the UK (compared to other kinds of people who code) so those individuals should understand how their skills are valued in different markets," she says.

This aligns with other research, both quantitative and anecdotal. The Harvey Nash/KPMG 2019 CIO survey ranked big data and analytics highest in the US, with 43% of CIOs hiring people with these skills. Alistair Ross, head of the west coast team at technology recruitment company La Fosse Associates, also sees strong demand for data scientists along with engineers, project managers, and business development (sales) pros off the back of one technology discipline: AI.

"Companies are popping up in virtually every substream from computer vision to natural language processing and so on," he explains. "That, of course, is leading to demand in corresponding skill sets."

Sam Wallace, the LA-based global head of the technology practice at executive search company Carmichael Fisher, draws a distinction between companies employing tech workers. Some, like manufacturers, banks, and retailers, use technology as part of their operations. Others are true tech companies whose product revolves around technology. If you want to break into an exciting new sphere such as AI or blockchain, you might find more opportunity there. Conversely, technology customers might demand less cutting-edge skills, looking for people to work on operational systems handling finance or supply chains.

"I think the big difference if you pure-play technology is that there is a keener and deeper focus on some of the progressive technologies because they're driving that innovation versus trying to apply existing innovation within a legacy industry like manufacturing," she says.

Get the best out of your workforce

7 steps to unleashing their true potential with robotic process automation

One of the biggest challenges facing any company with the supply chain in the next 10 years will be proving the provenance of its products, he warns. Companies will need to track where components come from and how each stakeholder managers them for safety and ethical reasons. That will take new skill sets that workers can capitalise on.

"This concept of authenticity is one that's going to be hugely impactful. It involves supply chain and ERP, and a lot of the tools that we currently have will need to move to blockchain technology," he says. That opens up a whole new set of skills that are barely on the radar for many companies yet, including cryptography and smart contract programming languages. Given the US tendency to adopt technologies first, this could be a lucrative career path for developers.

Trust in general will a pressing issue for US companies. After breaches like Equifax among others, it's no wonder that cybersecurity skills rank high on companies' shopping lists. The Harvey Nash survey placed this as the second most sought-after skill on the list, with 41% of CIOs chasing these workers.

You might expect to see more demand for cybersecurity workers in the UK given the enforcement of the EU's General Data Protection Regulations (GDPR), but Ross sees equally high demand in the US.

"We've seen an uptick for requests for chief information security officers, for example, both in the US and UK, at the levels we would expect," he says. The imminent enforcement of the California Consumer Protection Act, which enforces GDPR-style rules on any US company doing business in California, is doubtless fuelling that need.

One of the other trends in the US, and especially in technology companies, is the acceleration of the software development lifecycle. Companies are striving to churn out code more quickly than ever and to get up and running faster. That's leading to a focus on DevOps (development and operations), which uses a mixture of cloud computing and automated development and deployment tools to streamline the process from end to end.

Jonathan Crane is the chief commercial officer at AI software company IPSoft. It developed Amelia, an AI-based assistant for applications like customer service. DevOps is high on his list of priorities when interviewing new hires.

"I'm looking for people who know how to design in a much more sleek, rapid fashion," he explains. "DevOps is essential so they don't produce software That's buggy."

With this need for DevOps knowledge comes an understanding of modern software frameworks like containers and orchestration systems like Kubernetes, he says. It's all part of the requirement for a modern software developer in the US.

Don't forget the cultural differences between the US and the UK when moving there, warn experts. Working culture is a good example. "Anyone who codes in the UK considering a shift to the US should prepare for a change in work habits, as UK developers work fewer hours per week than their US counterparts," says Stack Overflow's Silge.

Interpersonal skills also become important there, especially when trying to break into upper management, warns Wallace, who says: "When you're looking for work, if you're networking at that stage, you're too late. You have to have a network in place beforehand, and people are deliberate about cultivating it, seeding it, and maintaining it."

Candidates would do well to form a solid web of contacts. They should also get involved in extracurricular activities like volunteering to demonstrate their values to potential employers who are always scrutinising these things, she adds.

Finally, if you're hoping to break into management in a US tech career, get yourself an MBA. "The MBA has almost become equivalent to what the BA used to be in some instances," Wallace says. "Most of the candidates looking at director or VP-level roles are coming in with an MBA. It's starting to be table stakes in many cases."

Some 25 years ago, the difference between the kinds of tech skills needed in the US vs the UK was more pronounced. Today, however, the internet has made the same technologies available in both regions, and London is just as quick as New York in its adoption of technology for a competitive edge.

The real difference for workers trying to build a career in the US may be cultural, and that varies even between the buttoned-up, aggressive east coast and the laid-back west coast. Well-rounded individuals with strong social connections and an intense work ethic will thrive, as long as they have the technical chops to complement them.