These seven cities may not be top of mind for tech jobs, but they should be 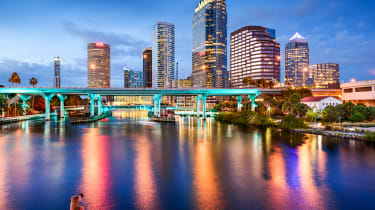 When it comes to technology hubs in the US, there are a few cities or areas that come to mind almost immediately. Silicon Valley is, of course, the poster child for tech hubs in the US, but other cities like Seattle, Boston, New York, San Diego and Chicago aren’t far behind.

While There’s no doubt these metros are booming with tech jobs, that doesn’t mean they’re for everyone. They’re also some of the most expensive places to live in the U.S., which isn’t ideal for everybody.

Luckily there are some other cities making names for themselves in the tech world. High numbers of job postings, great pay and lower cost of living can make these upstarts great destinations for those looking to put down roots in a great tech town.

Here are seven of our favorites cities for tech jobs. 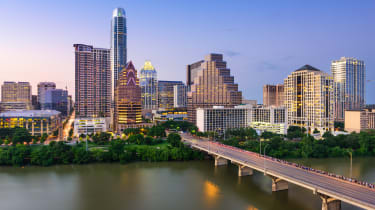 Austin isn’t exactly off the radar when it comes to great tech hubs, but it’s still relatively new to the scene. Despite being the United State’s 14th largest city with a population of just over 790,000 people, Austin posts the sixth most tech jobs in the US and has the 11th best average salary.

Where Austin really shines is the cost of living. Compared to other cities on this list, you can live like a king for the salary you can make. Plus, in US News & World Report’s Top 125 Best Places to Live in the United States it came in at No. 1. 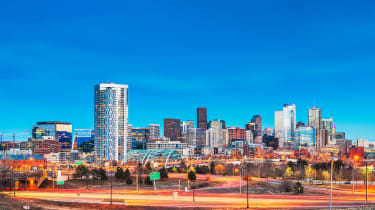 Denver is a well-known cultural hub with an amazing selection of restaurants, great music venues and a craft beer scene that’s one of the best in the country. The weather and scenery are great too, especially if you like skiing.

Behind all of that is one of the country’s best tech cities. With the 16th most tech job postings and the seventh best average pay, it’s a great place to look for that next job. The cost of living isn’t nearly as high as one might expect either. Denver comes in at No. 2 on the Best Places to Live report, so you may want to settle in. 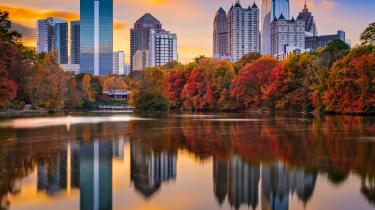 Atlanta is another city that is embracing tech and climbing the ranks of tech cities in the US. It has the fourth most tech job postings and the 15th best average tech salary while boasting a pretty good cost of living index.

If you’re looking for a bigger city where you won’t have to live like a college kid just to get by, Atlanta is worth a look. Despite being the ninth largest metro area in the country, it has a lower cost of living than many smaller metros. Atlanta is a city bursting with history and culture, but it’s also not stuck in the past. 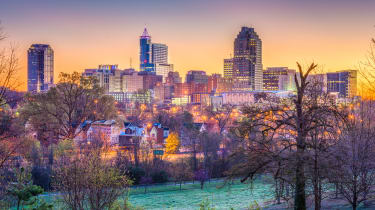 Think that Raleigh is just a college town? You’re not wrong that universities are the backbone of North Carolina’s capital. In recent years, though, Raleigh has climbed into the ranks of top tech cities too.

Though Raleigh only has the 24th most tech job postings, it pays like the big dogs, ranking just behind cities like Los Angeles and St. Louis.

It’s a smaller city with a population of just over 400,000, but that means it’s highly affordable. Raleigh-Durham comes in at No. 10 on the Best Places to Live report. 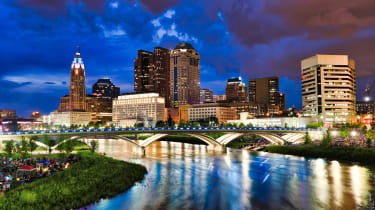 While Columbus, Ohio may not be on your radar, it’s popped up on a lot of other people’s radar. As a growing tech hub, people are starting to see the appeal of the Buckeye state’s capital.

Home to Ohio State, you’ll never lack for football talk in Columbus. You shouldn’t lack for a job either, as it ranks 14th for tech job postings and has the 17th best average salary.

With a solid cost of living index, Columbus is another city where you can live well with the money you make. You just have to be ready for a little snow now and then.

We have to include a beach town on here somewhere, right? The Tampa Bay area has all the beach fun of Miami without the crowds, cost or overbearing heat. It’s also emerging as a great place to land a tech job.

Tampa has the 15th most tech job postings and 20th best average salary.

While it’s cost of living index is the highest on this list, you’re getting palm trees and essentially no winter for a fraction of what you’d pay in Boston, New York or Seattle. 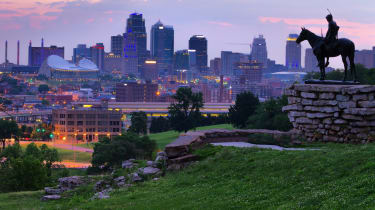 Kansas City is a quintessential midwest town. It’s blue-collar at heart, but quickly making a name for itself as a place where technology thrives. Though it didn’t rank on Dice’s top 25 cities for job postings, it’s worth a look here because it comes in a very respectable 18th in average salary and posts a cost of living index below 70.

Kansas City jumped up nine spots on the Best Places to Live report from 2018 to 2019 landing on the No. 49 spot. The report lauds KC’s historical roots from riverboats to legendary barbecue and its evolution as an up-and-coming city.

An influx of millennials has helped to bring a more hip (if not hipster) culture to town to go along with great-paying tech jobs.

Look beyond the job listing

When it comes to finding your next great tech job, where you land can be just as important as the job itself.

If you dream of entering the fray of Silicon Valley or living it up in the Big Apple, go for it. But if you’re looking to land a great job somewhere you can stretch your dollar but still enjoy a great city, these seven tech hot spots are some prime choices to consider.