What can Silicon Valley learn from the rest of the world?

It may be a beacon of technical innovation, but the Bay Area would do well to take some tips from elsewhere 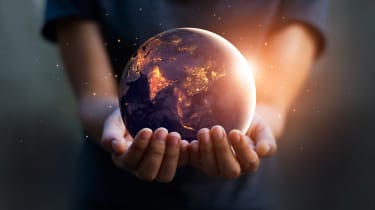 More than possibly any other place on the planet, Silicon Valley has had a fundamental role in shaping the modern world. The companies of the San Francisco Bay Area have helped produce innovative technologies like the smartphone, social media and modern software, and are seen as leading lights of the technology and business worlds.

Despite this status, however, Silicon Valley is far from perfect. There are many areas in which it can and must improve, as well as systemic failings with its culture and system that are in dire need of addressing. These challenges are not insurmountable though, and valley companies can turn to tech hubs in other parts of the world for inspiration in how to do so.

Work-life balance (or lack thereof) is a major problem in Silicon Valley. Employees are often expected to work long stints above and beyond their contracted hours, including evenings and weekends. This is particularly acute within the engineering organisations that power most of the Valley’s big companies, where punishing code sprints and crunch periods can lead to staff sleeping at their desks to maximise working time.

“It doesn't matter whether I'm on the train or a coffee shop, I just see people coding,” Box CIO Paul Chapman says of his experiences in Silicon Valley. “I see people with their laptops open, they're coding. They're constantly working. There's a work-life balance issue that Silicon Valley has, and I think that's one of the reasons why when people visit Silicon Valley, they realise just how intense it is.”

“I'm a big believer in the ‘wisdom of the community’, and just having people be available to learn from; it's kind of like boot camp every day. But in order to do that, it feels like you have to work in a ... situation that's not healthy over time.”

This contributes to high levels of stress, mental health problems and frequent cases of burnout. It also makes it hard for people with responsibilities outside of work, such as children or elderly relatives who require care, to advance in their career, as those who can’t or won’t match this intense pace are often seen as not being ‘team players’.

“If I'm the CEO of a company, I have to think ‘what is the experience my employees are having when they come to work every day’,” says LinkedIn’s vice president of talent acquisition, Brendan Browne “If it's not one where there's balance, where there's the ability for them to run and manage their lives in a flexible way and deliver what they have to deliver at work – if you can't bring those things to the table and make that a reality in the company, you're at a competitive disadvantage from a people point of view.”

“When we survey workers and job-seekers, we do find that work-life balance is almost as important to people as the salary,” says Indeed’s head of EMEA research, Pawel Adrjan. “So it's really a close number two in terms of what people care about in their job.”

The Netherlands offers an example of how to do this well; less than 1% of the Dutch population work very long hours, according to statistics from the Organisation for Economic Cooperation and Development (OECD). On top of that, full-time staff in the Netherlands devote more than 16 hours of their day on average to leisure and personal care activities like eating, sleeping and socialising – over an hour more than the OECD average.

Diversity is another area where Silicon Valley has significant ground to cover. Major companies like Facebook, Apple, Microsoft and Google are still far from equal; men make up more than 75% of the technical workforce there on average, according to their most recent diversity reports, while less than a quarter of US employees are from under-represented groups including African Americans and Latinx.

Improving diversity is important for more than box-ticking and avoiding public backlash. There have been a number of studies which demonstrate that more diverse companies perform better, such as this McKinsey study which found that companies in the top quartile for racial and ethnic diversity were 33% more likely to have better financial returns than their national averages.

The figures indicate that major tech companies still have a way to go in this area, and while Chapman acknowledges this, he also argues that Silicon Valley has taken the criticisms on board and begun to enact changes.

“The focus on diversity is like nowhere else like I've seen, and now it's making its way into the top. As an example, I sit on the board of directors for a nonprofit that is all about creating professional careers for underserved communities,” he says. “Now what we're starting to see is a significant focus on making sure that there's diversity in leadership, diversity on teams, diversity in the cultures that people bring into the culture of the company. And the results are clearly showing that the outcomes are better.”

Various methods have been trialled to help boost diversity in tech companies – Chapman cites Silicon Valley’s use of AI and data analysis tools to help minimise unconscious bias as an example – but one that has gained prominence in the UK is the practise of salary transparency. Traditionally a taboo subject, many adverts for UK jobs are directly specifying the salary on offer, rather than using candidates’ previous salary as a benchmark – a practice that often perpetuates pay disparities.

“I think it's a good thing that job adverts mention salary ranges,” Adrjan says. “I think it's just the first step towards using that to actually help promote diversity because one thing is getting people of different backgrounds into your company at a similar salary range that fits their skills, and then the next step is thinking, can you actually also promote people fairly based on their contribution, their skills, their work, et cetera.”

Living in a bubble

If Silicon Valley is underpaying certain groups of its workforce, then it’s not for want of cash. The amount of money being shovelled into Silicon Valley companies by venture capital firms  – investors who fuel the early development and expansion of startups in the hopes of major payoffs later down the line – is astronomical.

In a trend referred to by analyst firm CB Insights as “foie gras’ing”, the number of Silicon Valley funding rounds that raise more than $100 million has tripled between 2016 and 2018, with major companies like Uber often attracting billions of dollars in pre-IPO investment.

This may seem like an ideal situation for the companies who receive that money – after all, $100 million buys a lot of development runway – but these huge early investments can massively inflate a company’s valuation when it eventually floats its IPO on the stock market. If the company’s stock fails to perform as well as the valuation suggested, it can be branded a failure, even if it’s commercially successful by other metrics.

“If you grow 25% year-over-year on a compound average growth, and then you grow 15%, you get royally punished,” Chapman explains. “And the interesting thing is that 15% on, let’s say a $500 million annual run rate, is significantly higher than it was when it was 25% on $100 million run rate. Yet somehow the perception is that ‘Okay, now you're no longer a growth story, things are slowing down’. People are quick to get in and quick to get out, which creates this whiplash.”

Over-funding can also lead to irresponsible spending on by the companies themselves. For instance, Uber’s IPO filing in 2019 revealed that between 2014 and 2018, the company lost a collective total of $6.8 billion – most of the $7.8 billion sum that Japanese investment firm SoftBank poured into it. WeWork, another company that SoftBank has invested heavily in and that has been widely accused of being over-funded, halted its IPO plans in October 2019 as losses hit $1.9 billion.

While Silicon Valley’s reputation has a financial engine has grown, the physical area from which it takes its name has not. In actual fact, the explosive growth of the Bay Area’s tech sector has contributed to a massive housing crisis; the huge influx of new workers means there’s not enough accommodation to go around, and competition for apartments is fierce.

“It's somewhat chronic in the fact that literally people are doubling down, tripling down in rented accommodations,” Chapman explains. “Rent is going through the roof; the median house price in Silicon Valley right now, in San Jose, is just over a million dollars and you may get 1,200-1,500 square feet – if you're lucky. For a million dollars, on a plot of land, that's  maybe 5,000 square feet.

“It drives up salaries, it drives up the cost. And so I am concerned about the cost of building a business – at any scale, at least – in Silicon Valley. You have to have a strategy that gets you out of Silicon Valley for your non-core competencies very, very quickly, otherwise it's just too expensive to grow.”

This situation isn’t ideal for tech workers, but it’s even worse for Bay Area locals, who are finding themselves priced out of their own neighbourhoods by wealthy tech company employees who are willing to pay more than pre-existing residents for a shorter commute. The obvious solution is to simply expand and build more property, but as Chapman points out, that’s not really an option in this case.

“It's very hard when you're up against the coast,” he says regretfully. “I've heard just recently Austin, Texas, is now almost joining fingertips with San Antonio, and at some point those two cities will merge together. Silicon Valley's very tight, because we're surrounded by the coast and the bay.”

Another potential solution proposed by Chapman is that having a strong public transportation network – such as in London and Tokyo – could greatly improve the situation by making commuting long distances easier. However, instead of trying to squeeze an ever-increasing workforce into the Bay Area, tech companies could change tactic altogether and look at expanding their presence in other cities and tech hubs around the country and around the world. Boston and Austin are popular destinations, but the more companies set up offices in a given place, the more people will pour into the area and the problem faced in the Bay Area could easily replicate.

“I think for job seekers, it's really helpful to know that there are actually a lot of tech jobs outside of the main hubs. And that's what our research shows – that even in places where maybe tech isn't a huge share of the local economy, there's still a lot of opportunities,” Adrjan notes.

As we covered in part one of this series, Silicon Valley has many positive characteristics, and it can’t be disputed that it has been the engine driving a substantial amount of the last several decades’ technical progress. It is far from infallible, however, and is plagued by many unique problems of its own.

If it wants to solve these challenges, Silicon Valley needs to start looking outside its own borders and taking lessons from some of the world’s other industries and tech hubs. If it doesn’t, it could well find itself consumed by problems that are, at least in part, of its own making

What is Tiny AI?