QR feature available in beta on iOS and Android 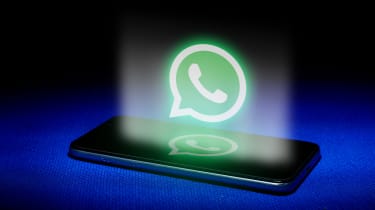 WhatsApp recently submitted an update through the Google Play Beta Program, according to WABetaInfo. This new update brings the current version of WhatsApp up to 2.20.171 and allows users to add contacts by scanning QR codes.

Currently available in beta on iOS and Android devices, users can find the new feature within the app’s settings menu. Users will find options allowing them to display their own QR code or scan another user’s QR code. The feature also gives users the ability to revoke a QR code they’ve shared with someone they don’t want to share personal contact details with.

While QR codes are minor additions to WhatsApp, it’s sure to be appreciated, as adding contacts within the app can be tedious. At the moment, WhatsApp requires iPhone users to add a new contact to their phone’s address book before communicating with them via the app. QR codes would allow users to skip this step.

Though this is sure to make using WhatsApp much more convenient, particularly for iPhone users, it remains to be seen whether or not this feature will make it through beta and to the public.

This all-new feature has been made available to all Android beta users who have updated to the 2.20.171 version. Previous versions may be given access to the feature, though you may want to play it safe and opt for the latest Android beta version available from the Play Store.

For those who don’t have access to this handy feature, hold tight. WhatsApp is reportedly still rolling out the feature and will make it available to everyone in a beta testing environment in the next few days.