Microsoft Launcher 6 update appears to be prepping for Surface Duo 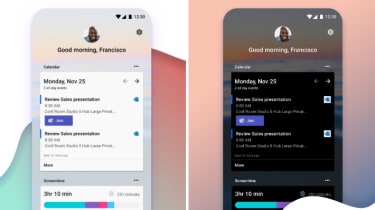 Microsoft keeps rolling with update after update, and the latest is the release Microsoft Launcher version six. In this update, Microsoft will enhance its features, make it easier on your eyes in the dark, and even include an update that will be very useful on the upcoming Surface Duo that’s supposed to arrive in late 2020.

Leading off the new features in Microsoft Launcher 6 is personalized news, which gives you the latest news stories that are relevant to you. You also get customizable and adaptive icons that allow you to give your phone a consistent look. It also includes new wallpapers from Bing or your own image library.

Dark theme is a big deal for Microsoft Launch V6, as it helps reduce eye strain created by bright colors in low lighting situations. So, if you’re laying in bed and need to check something on your PC, you can launch the app without a sudden burst of bright light blinding you.

Microsoft also has improved Launcher’s performance in this latest iteration. It now loads faster, uses less memory and battery, and has smoother animations.

The final Launcher V6 update tells a deeper story, and that’s the all-new landscape mode. While landscape will be a neat option for smartphones when using some of Launcher’s features, this is likely a preemptive update targeting future Surface Duo buyers, as this is perfect for its dual-screen setup.

You can download the new Microsoft Launcher on Google Play. Launcher is an Android app that allows you to access files, your calendar and more on your PC via your Android device and vice versa.