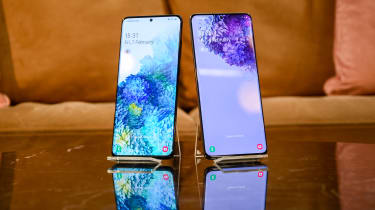 Much to the relief of Galaxy S20 users, Samsung has begun rolling out the smartphone’s April 2020 security update. While we’re uncertain what the security update entails specifically, we do know it’ll include an array of welcomed updates for the Galaxy S20 series camera.

Carrying the version number G98xNKSU1ATCT, this update’s Korean changelog focuses on the S20 Ultra’s autofocus issues, which are primarily present when using zoom.

When taking a photo, many users report the zoom lens sometimes fails to focus or takes too long to focus on a subject. This has been especially prevalent when capturing photos of moving or small objects. Unfortunately, we have yet to confirm whether or not this update has resolved the issue.

Users can also expect improvements to other aspects of the S20’s camera. The quality of super slow-motion videos in low-light conditions has been improved. The Galaxy S20 series camera should also be less prone to motion blur when taking photos of a moving object or person. Reports also claim the update delivers better accuracy when capturing dark or pale skin tones.

While Samsung had previously released an update geared toward addressing the S20’s camera issues, 9to5Google shared in a review that this update did little to improve upon it. Ultimately, the review noted the Autofocus was still slow and the smoothing issues hadn’t been resolved.

Now, with a fresh update to contend with, we should know soon whether or not Samsung has been successful in resolving the Galaxy S20’s camera issues.