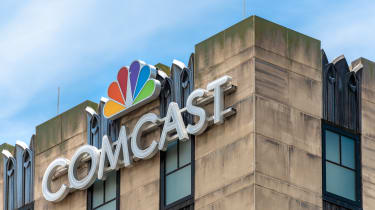 Democrat Senators Ron Wyden, Kamala Harris and Cory Booker have called on Comcast to lift the paywall on the company’s public Wi-Fi hotspots.

The senators noted that an estimated 12 million students in rural or low-income areas currently have no reliable broadband access. By lifting its paywall, Comcast would provide these students with the broadband access they need to continue distance learning through the coronavirus pandemic.

In March, Comcast made its Xfinity Wi-Fi hotspot network freely available to the public. Most recently, the company extended its coronavirus response through June 30. Unfortunately, this only applies to Comcast’s’ 1.5 million Wi-Fi hotspots based in transit hubs, businesses and retail locations.

In all actuality, the company operates upward of 18 million Wi-Fi hotspots, including its Xfinity residential networks. Now, the senators are questioning why Comcast hasn’t offered free Wi-Fi access in local neighborhoods, where it could provide students with the Internet access they need to continue their schooling.

“Comcast has taken important steps to help Americans get connected during this global public health emergency. But it can — and should — do more to help children and teachers in Oregon and across the country,” the senators wrote in a letter to Comcast’s CEO.

Comcast’s extensive public Wi-Fi hotspot network dates back to 2013, which is when the company expanded its broadband coverage by building wireless gateways into the Xfinity home routers subscribers used. Xfinity customers were concerned the change might impact their internet speeds. Comcast told its subscribers not to worry.

This explanation led senators to believe that dropping the paywall on Comcast’s residential Wi-Fi hotspots would have no effect on paying customers.

However, Comcast seems to be changing its tune. In their letter, the senators remarked, “after Senator Wyden’s office asked you to drop the paywall on your residential public Wi-Fi networks, your staff stated that doing so could create Wi-Fi congestion and could impact the speed for paying subscribers' internet connections.”

Comcast declined to address the congestion claims outright. Instead, Comcast supplied told PC Mag its internet traffic levels have soared during the pandemic.

“Our broadband network has seen extraordinary growth in traffic, and has performed exceedingly well at this new record level of traffic due to our substantial investment in our network and the herculean efforts of our front-line technicians and workers,” the company shared.

“Our engineering teams are focused on the critical work of supporting our network to allow the millions of Americans who now depend on it to stay connected through the current crisis.”

It’s likely that Comcast has seen an uptick in traffic, and it’s possible the company is unprepared to take on even more users. For now, senators have requested a response to their letter by May 22.