Apple given permission to use drones to improve Apple Maps 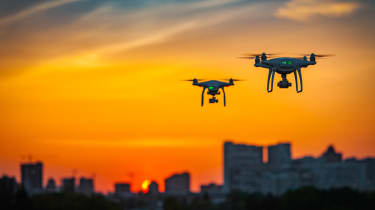 Apple has been given permission to use drones to improve its digital mapping service after receiving approval from the US government.

The Cupertino company will be able to make improvements to Apple Maps by capturing images of North Carolina using unmanned aerial vehicles (UAVs) and add more enhanced and detailed images.

The drone testing program, launched by President Donald Trump last year, selected ten projects that it will offer waivers to for regulations that currently ban the use of drones in certain situations in the US.

In Apple's case, it will be able to ignore usual drone flight limitations permitted by the Federal Aviation Authority (FAA), such as flying drones at night and going beyond an operator's line of sight.

So far, Apple have only commented on the steps it will continue to take towards privacy with this new opportunity to get more detailed images to it's mapping service.

"Apple is committed to protecting people's privacy, including processing this data to blur faces and license plates prior to publication," the company said in a statement to Reuters.

Apple was one of a number of companies that applied to be part of the US drone testing program, with Intel, Airbus, Uber, FedEx and Microsoft also having drone projects approved.

Uber is working on air-taxi technology and will deliver food drones in San Diego, California. FedEx has a project using drones to inspect aircraft at its Tennessee hub and for some package deliveries between the airport and other Memphis locations.

Startup Flirtey, which successfully made the first US drone delivery in 2015, will use UAVs to deliver medical supplies for victims of cardiac arrests in Nevada and also track mosquitoes in Florida.

The ten companies granted permission to begin drone testing was announced by US Transport secretary Elaine Chao. She said the 149 bids for the tests showed the scale of drone innovation that is to come.

"The enthusiastic response to our request for applications demonstrated the many innovative technological and operational solutions already on the horizon," she said.