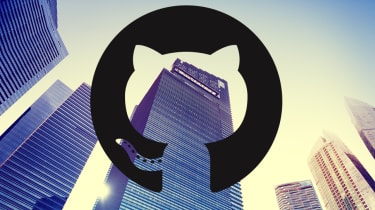 Detecting and identifying vulnerabilities in open source software can take as long as four years, according to GitHub's annual State of the Octoverse report.

The research, which looked at the efforts of over 56 million developers worldwide creating over 60 million repositories over the last 12 months, found that once flaws had been identified, the package maintainer and security community typically generate and release a fix in 4.4 weeks.

The report’s authors said that this highlighted the opportunities to improve vulnerability detection in the security community.

The research found that 94% of projects have open source dependencies written in JavaScript, while Ruby and .Net were close second and third at 90.2% and 89.8%, respectively.

“These malicious vulnerabilities were generally in seldom-used packages but triggered just 0.2% of alerts. While malicious attacks are more likely to get attention in security circles, most vulnerabilities are caused by mistakes,” said the report.

A buyer’s guide to managed detection and response (MDR) services

Simplifying and strengthening your security programme through outsourcing

The report urged developers to use automation to remediate vulnerabilities and stay secure.

"Repositories that automatically generate pull requests to update vulnerable dependencies patch their software 1.4 times faster than those who don’t. Automating security practices helps your team secure your code as developers share their expertise with their community, remove security and engineering silos, and scale their expertise."

Phil Odence, general manager of Black Duck On-Demand at Synopsys, told ITPro that the main takeaway here is a significant amount of open source in virtually every modern application used today, so companies must track and manage the code to keep those apps secure.

“The report focuses on security and so doesn’t delve into legal risks associated with licensing; however, despite being 'free,' open source software is no different from other software in that its use is governed by a license.

"Based on research conducted for the 2020 OSSRA report, 68% of codebases contained some form of open-source license conflict, and 33% contained open-source components with no identifiable license. This is another way in which open source can get organizations into hot water, and thus should be managed and not overlooked,” he said.