40% of password managers duped by a fake Google app 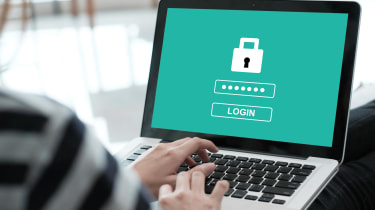 Most of today’s workplaces involve at least light computer interaction, which means there are passwords to create and remember. As we all know, we’ve got to create strong passwords or run the risk of being hacked.

The problem is the strongest passwords are generally nearly random strings of characters with little to no meaning. Remembering all those random keystrokes can be a job in itself, so many of us turn to password managers to bridge that gap and create one super password for the manager. Now it looks like these managers are far from secure.

We’ve heard the alarms before about the vulnerability of password managers, and a research team at the University of York has exposed several severe flaws in nearly half of the password managers it tested.

So, what made these systems fail? While the University of York team didn’t get too deep into the details, it noted the ones that failed had weak criteria for identifying a legitimate app. This allowed the fake app to trick the system into auto-filling the password.

According to the research team, if a hacker were to trick a user into downloading the app through a phishing email or other medium, there is a high probability the app would steal passwords with relative ease.

The researchers also found some of the password managers did not limit the number of times one can attempt the master PIN or password. This would allow a brute force attack to crack the master password in as little as 2.5 hours.

8 digital best practices for IT professionals

Don't leave anything to chance when going digital

The University of York team sent its findings to the password management companies along with a few other previously noted issues that remain unaddressed.

Here’s to hoping we someday have a secure system for maintaining our passwords that doesn’t rely on us memorizing hundreds of random character strings. Until then, all we can do it continue making strong passwords and remain vigilant against phishing attempts and other password-stealing hacks.