BioCatch raises $145 million in its latest round of funding 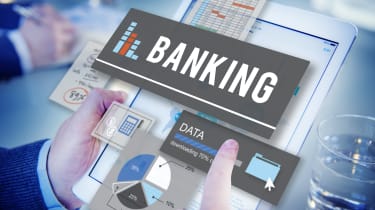 Thanks to this category-defining tech, the company saw its annual revenues grow by 150% in 2019.

“BioCatch’s growth in annual recurring revenue and client base speaks directly to the growing demand for our service and the increasing number of use cases we are able to support,” said Howard Edelstein, BioCatch chairman & CEO.

“The current environment has spawned a large increase in bad actors seeking to take advantage of distracted individuals working from home or dispersed companies whose technologists are scattered in remote locations. In such times, technologies like behavioral biometrics become more important than ever.”

Bain Capital is no stranger to investing in the cybersecurity and financial tech spaces. Having invested in Blue Coat (acquired by NortonLifeLock), InAuth (Acquired by American Express), RDC, Trooly and WorldPay (acquired by FIS), Bain Capital Tech Opportunities aims to add tremendous value to the BioCatch platform by identifying additional verticals and further expanding the company’s platform.

“BioCatch has quickly established itself as a pioneer in the digital identity space by developing next-generation behavioral biometrics technology that integrates fraud detection and authentication capabilities to protect end-users and their most sensitive transactions. Their technology is highly applicable to other verticals beyond financial services that have the same need to balance fraud and the user experience,” said Dewey Awad, a managing director at Bain Capital Tech Opportunities.

Since launching its services within the financial sector, BioCatch has expanded its footprint to other verticals, including eCommerce. BioCatch also intends to introduce new software geared toward the public sector in 2020