Messaging app Signal may pull out of U.S. if encryption bill passes

Signal calls on users to oppose EARN IT Act, fearing it will be used to undermine end-to-end encryption 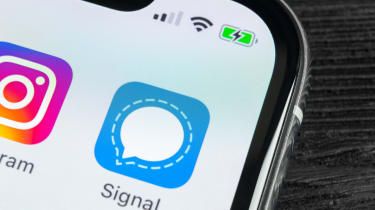 Signal is calling on its U.S. users to oppose the EARN IT Act, claiming the anti-encryption bill circulating Congress could force the app to drop from the U.S. market.

In a recent blog post, Signal developer Joshua Lund shared, “At a time when more people than ever are benefiting from these (encryption) protections, the EARN IT bill proposed by the Senate Judiciary Committee threatens to put them at risk.”

According to Signal, these efforts to track down criminals do more harm to innocent users than actual criminals, who could very well mask themselves in other ways.

“If easy-to-use software like Signal somehow became inaccessible, the security of millions of Americans (including elected officials and members of the armed forces) would be negatively affected,” Lund added. “Meanwhile, criminals would just continue to use widely available (but less convenient) software to jump through hoops and keep having encrypted conversations.”

The goal of the bipartisan legislation is to combat online child exploitation, but it does so in a way that allows the government to regulate how companies address such issues and may undermine end-to-end encryption.

Even more concerning is if a company fails to comply with the EARN IT Act, it runs the risk losing legal immunity under Section 230 of the Communications Decency Act. This legislation can shield them from lawsuits concerning objectionable or illegal content posted on their websites or apps.

“Some large tech behemoths could hypothetically shoulder the enormous financial burden of handling hundreds of new lawsuits if they suddenly became responsible for the random things their users say, but it would not be possible for a small nonprofit like Signal to continue to operate within the United States,” Lund wrote in the blog post.

The EARN IT Act is opposed by both privacy advocates and tech lobbying groups. The bill has, however, received support from six Democratic U.S. senators and four Republican senators.