Downloads of the encrypted messaging app have tripled in a week 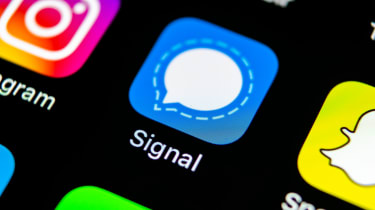 As large demonstrations have spread like wildfire across the US and in parts of Europe, use of the encrypted messaging app Signal has skyrocketed as demonstrators take steps to keep their communications private.

Daily downloads of the secure messaging app have tripled in only a week, according to data from the market research firm SensorTower.

As protests responding to the death of George Floyd while in police custody have gripped the nation, Signal’s sudden spike in popularity is part of a larger technological trend. Encrypted messaging apps, police scanner apps, crime reporting apps and social networks with real-time local news updates have all surged over the past week, according to a report in The Washington Post.

In Signal’s case, usage of the app is booming as protesters seek to evade law enforcement surveillance when they communicate about when and where they’ll protest.

And it’s no secret that surveillance is on the rise. The US Drug Enforcement Administration has been granted sweeping new authority to “conduct covert surveillance” of protesters, according to a Justice Department memo obtained by BuzzFeed News.

Security forces are using drones, facial recognition cameras and phone-tracking tools known as IMSI catchers, which intercept text messages, according to Reuters and other news organizations.

Signal uses end-to-end encryption, jumbling the content of a message as it’s being transmitted, allowing users to chat without having their communications monitored by an unwelcome third party.

Adding another tool to its toolbox, Signal has just announced a new face-blurring function.  Users sharing photos on the app will be able to quickly blur faces, adding a layer of privacy to pictures. The tool will be incorporated into the latest iOS and Android versions of the app.

As recently as a few years ago, Signal suffered from a lack of resources because it had never sought investors or accepted venture capital funding. However, that changed in 2018 when WhatsApp co-founder Brian Acton poured $50 million into the app and stepped up to lead its nonprofit foundation.

Currently, Signal is calling on its American users to oppose the proposed federal EARN IT Act, claiming the anti-encryption bill circulating in Congress could force the app to drop from the US market.