Hundreds of thousands of Instacart customers impacted by data breach

Instacart denies the breach, but credit card data, addresses and transaction information are being sold on the dark web 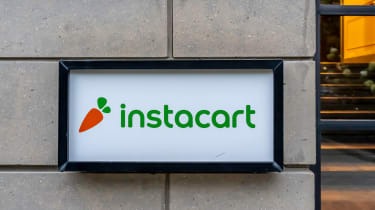 The personal information of hundreds of thousands of Instacart customers is allegedly for sale on the dark web, according to Buzzfeed News. The data includes names, the last four digits of credit card numbers and order histories. According to the report, the breach impacted customers who used the grocery delivery service as recently as yesterday. Buzzfeed News says the source of the information is currently unknown.

As of Wednesday, two dark web stores featured sellers offering information from 278,531 Instacart accounts, but Buzzfeed said some of those accounts may be duplicates or not invalid. Hackers have been selling the account information for about $2 per customer throughout June and July. The most recent upload was on July 22.

As of this writing, Instacart has denied the breach.

"We are not aware of any data breach at this time. We take data protection and privacy very seriously," an Instacart spokesperson shared with BuzzFeed News. "Outside of the Instacart platform, attackers may target individuals using phishing or credential stuffing techniques. In instances where we believe a customer’s account may have been compromised through an external phishing scam outside of the Instacart platform or other action, we proactively communicate to our customers to auto-force them to update their password."

Hannah Chester told BuzzFeed News, “I don’t really know what to say. It’s hard to know what to say, not knowing if it’s a result of [Instacart's] negligence. But if they’re aware that this happened and haven’t informed us, that’s problematic.”

“I think that it’s very unfortunate that you were the one to tell me and not Instacart,” she said. “I feel like if you know about it, why in the world don’t they? Why haven’t they reached out?”