Amazon to offer Zoox employees $100 million in stock to stay 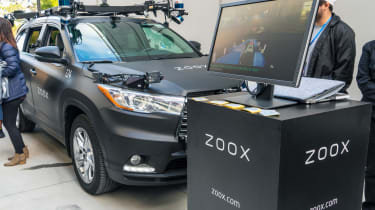 Amazon is reportedly creating $100 million in stock awards to retain Zoox’s 900-plus workforce and can walk away from the acquisition if a significant number of employees turn down Amazon’s job offers.

The tech giant has been expanding into self-driving technology for some time and announced it reached an agreement to acquire Zoox in a $1.3 billion cash deal on June 26.

Attempts to scoop up Zoox’s workforce began after the company signed an exclusive agreement to negotiate with Amazon but before the two had finalized the deal. According to documents, a third party offered Zoox $1.05 billion.

In hopes of retaining Zoox’s workforce, Amazon has broken down its employees into two lists. The first list includes employees who must accept Amazon jobs for the acquisition to close. The second list includes at least 19 employees who are also required to stay with the company once the deal’s finalized.

As for the remaining Zoox employees, Amazon reportedly plans to extend offers to three waves of workers. For the deal to close, 90% of the first two waves and 88% of the third wave must accept jobs at Amazon.

The acquisition will also reward Zoox’s “company service providers” by offering a $125 million cash “transaction bonus pool.”. Providers will share this pool based on their shares in the company.

Approximately 30% of the pool’s funding was provided by Amazon and is in addition to the $100 million of Amazon restricted stock units for Zoox employees who stay with the company after the acquisition.

According to documents viewed by Reuters, common shares will be valued between 69 cents and 76 cents each after the deal has closed.