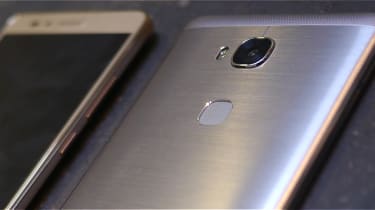 Huawei is reportedly planning to sell off its Honor smartphone business unit to a consortium led by  distributor Digital China and the Shenzhen government in a deal worth 100 billion yuan (£11.5 billion).

The news comes weeks after rumours of the sale started circulating, with Reuters estimating the deal at up to 25 billion yuan (£2.9 billion). However, new reports claim that the transaction will bring Huawei three times as much profit.

Reuters reported, citing people with knowledge of the matter, that the sale will be all-cash and will include almost all Honor assets including brand, research & development capabilities, as well as supply chain management.

One source told the publication that Huawei might announce the acquisition at the end of this week.

According to two sources, Honor’s main distributor and Huawei’s cloud computing partner, Digital China Group, will become a top-two shareholder with a stake of around 15%, following talks conducted with Huawei last month.

Digital China is expected to be joined by at least three investment firms backed by the government of Shenzhen, where Huawei is headquartered, with each owning 10% to 15%.

Following the sale, Honor is expected to retain most of its management team and 7,000-plus employees. Sources also believe that the unit will go public within the next three years.

Meanwhile, with its budget-smartphone unit sold off, Huawei will reportedly focus on offering higher-end devices tailored to corporate clients. Out of Huawei’s 70-80 billion yuan revenue in 2019, Honor was only responsible for less than 5 billion yuan in net profit.

The move to sell the business unit could also be influenced by the ongoing trade war with the United States, with Huawei having been hit with sanctions by the Trump administration. One of the sources told Reuters that the decision to sell off Honor signifies little expectation for any swift change in the US perception of Huawei as a security risk, despite President Donald Trump losing his bid for reelection.

IT Pro has reached out to Huawei for comment but has not received a response at the time of publication.