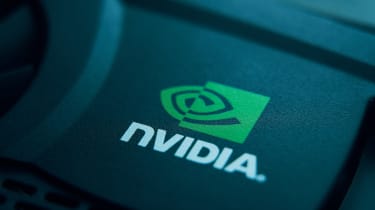 The UK government is evaluating Nvidia's $40 billion (£32 billion) takeover of Arm following industry-wide calls for it to intervene and protect the Cambridge-based chip manufacturer.

Digital minister Caroline Dinenage told lawmakers on Tuesday that the government is looking into the deal to assess its potential impact.

"We are currently working very hard to understand the full impact of this move and what potential impact it may have on the future, and from there we are able to consider what steps we may wish to take," she said.

The deal has been a point of concern for MPs. The shadow business secretary Ed Miliband called for legal assurances that the company wouldn't be moved out of the UK, referencing similar sanctions made during the sale of Arm to Softbank in 2016.

A similar statement was put to the government by the MP for Cambridge, Daniel Zeichner, who said that its silence on the matter had been "ominous".

In a statement following the acquisition, Nvidia CEO Jenson Huang said he would "expand" Arm's HQ in Cambridge, promising a new research centre, but MP's have called for "legal protections". Zeichner said that it would be "astonishing" if the government was prepared to throw away British influence by not adding legal protections to "promises" made by Nvidia.

"They have made promises, but without legal guarantees, they are just promises," he pointed out.

There has been even stronger condemnation from Arm's co-founder, Hermann Hauser, who has called on the government to block the acquisition outright and keep British processors from becoming collateral damage in the US-China trade war.

In The Sunday Telegraph, Hauser suggested a merger of Arm and Bristol-based AI firm Graphcore could potentially create a trillion-pound UK tech firm. Combining the two would make Arm the most comprehensive supplier of processors worldwide.