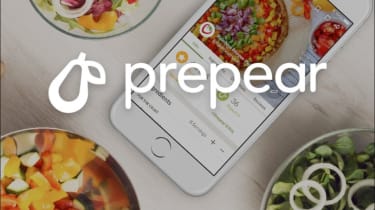 Apple has filed a notice of opposition against the meal planning app Prepear. According to Apple, the app’s pear-shaped logo is too similar to its own iconic logo.

The issue began when Prepear’s parent company Super Healthy Kids attempted to trademark the Prepear logo, which is in the shape of a pear and features a leaf on its upper right. Apple claims the pear-shaped logo used by Prepear would ultimately "cause dilution of the distinctiveness" of the Apple logo and consequently make it difficult for consumers to distinguish between the two companies.

"Consumers encountering Applicant’s Mark are likely to associate the mark with Apple. Applicant’s Mark consists of a minimalist fruit design with a right-angled leaf, which readily calls to mind Apple’s famous Apple Logo and creates a similar commercial impression," reads the filing.

In response to the filing, Prepear co-founder Russell Monson launched a petition to "Save the Pear from Apple!" So far, the petition has generated over 30,000 signatures.

"It is a very terrifying experience to be legally attacked by one of the largest companies in the world, even when we have clearly done nothing wrong, and we understand why most companies just give in and change their logos," said Monson.

Munson says Prepear is ready to take a stand against Apple and is gearing up to fight for the right to keep its pear-shaped logo.

"We are defending ourselves against Apple not only to keep our logo, but to send a message to big tech companies that bullying small businesses has consequences," he added.

Apple has pursued legal action against another company for having a similar logo in the past. In 2019, the tech giant argued in an objection letter sent to the patent office in Norway that the political party Fremskrittspartiet was using an apple logo that too closely resembled its own.