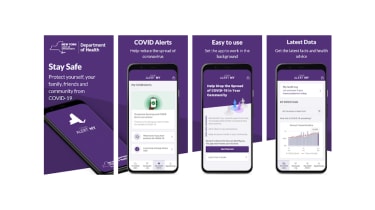 Roughly six months after Apple and Google announced their COVID-tracing APIs, they're finally making an impact in the US.

With the addition of New York and New Jersey, 21% of the US population now has access to a COVID-19 contact-tracing app. One key cause of the recent uptick in these apps is they’re now faster and cheaper to create, as states can build off existing open-source apps from around the world.

The New York and New Jersey apps, which send an exposure alert when someone is within 6 feet of another app user who tested positive for COVID-19 for at least 10 minutes, are based on Ireland’s open-source COVID-19 app.

Another reason is the Association for Public Health Laboratories’ national key server, which makes it easier for states to participate in a single system with different apps instead of each state maintaining its own log. This allows the apps to communicate with one another, alerting users from one state of their contact with someone from a different state who tested positive for COVID-19.

“This is really the key to interoperability in the United States at this point, because what that means is that anybody who reports themselves as positive, rather than uploading that set of keys to their own state, they’re uploading it to the national key server,” said Jenny Wanger, head of the Implementer’s Forum at the Linux Foundation Public Health, a nonprofit that hosts the Covid Green code and provides assistance to agencies working on exposure notifications.

Colorado, Connecticut, Maryland, Oregon, Washington and Washington, D.C. plan to release their contact-tracing apps soon. California and Arizona are also piloting their apps with small portions of their populations.