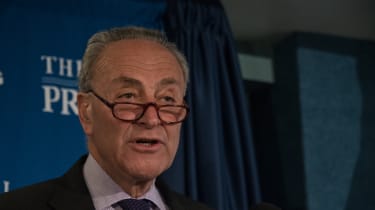 While Schumer and colleagues Patrick Leahy and Jack Reed are strong supporters of the administration’s efforts to build semiconductor plants in the U.S., the group is urging additional transparency in relation to the deal. Schumer and his colleagues have also asked that the administration consider companies, such as Micron, GlobalFoundries and Cree, which already have a significant presence in the U.S.

“We have serious questions as to how this project takes into consideration national security requirements and how it aligns with a broader strategy for building a diverse U.S. semiconductor manufacturing supply chain,” the group wrote in response to TSMC’s plans.

“We ask that you cease any such negotiations or discussions until you have briefed the relevant authorization and appropriations committees with your plans, including any commitments you have made to funding, tax breaks, licensures, or other incentives,” they added.

At this time, U.S. Commerce Secretary, Wilbur Ross, the Pentagon and TSMC have yet to disseminate their comments on the matter.

TSMC announced it would build a chip factory in the U.S. last week. The announcement was heralded by Ross, who at the time shared it was “yet another indication that President Trump’s policy agenda has led to a renaissance in American manufacturing and made the United States the most attractive place in the world to invest.”