Australia makes waves with the fastest internet ever recorded 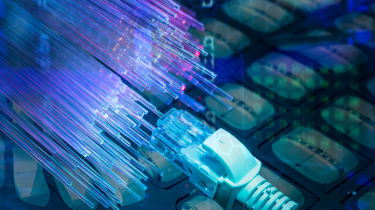 A team from Monash and RMIT universities claim to have logged a data speed of 44.2 Tbps. The group of researchers attributed their achievement to a device that replaces lasers found in existing telecommunications hardware with a single micro-comb.

By leveraging the use of micro-combs, the team successfully replaced 80 lasers currently found in most telecommunications hardware. Using existing infrastructure similar to what Australia's National Broadband Network uses, the team planted and tested the micro-comb outside the laboratory, ultimately achieving the highest data speeds ever produced by a singular optical chip.

To put things in perspective, at 44.2 Tbps, users could download more than 1,000 high-definition movies in less than a second. Not only that, but according to an announcement made by Monash University, the technology also has the capacity to support the high-speed internet connections of 1.8 million households in Melbourne, Australia at the same time.

"We're currently getting a sneak peek of how the infrastructure for the internet will hold up in two to three years' time, due to the unprecedented number of people using the internet for remote work, socializing and streaming," Bill Corcoran, lecturer in electrical and computer systems at Monash University, told the BBC.

"What our research demonstrates is the ability for fibres that we already have in the ground... to be the backbone of communications networks now and in the future."

"And it's not just Netflix we're talking about here," he added. "This data can be used for self-driving cars and future transportation, and it can help the medicine, education, finance, and e-commerce industries - as well as enable us to read with our grandchildren from kilometres away."

For those interested in learning more about the group’s achievement, visit Nature Communications and get an inside look at how the team was able to achieve such high speeds with a single chip source.