Everything you need to know about the Trident iPhone exploit 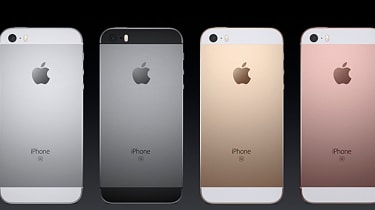 Last night the story broke that a piece of commercially-produced malware had been discovered which would allow someone to remotely take over an iPhone. The malware, dubbed Trident, used three previously undiscovered vulnerabilities in iOS to gain access to the phone and install sophisticated spyware.

What does the iPhone Trident exploit do?

It allows malicious users to remotely jailbreak a phone and install software on it that's hidden from the phone's owner. The malware is triggered by someone visiting a web page - the phone's user doesn't need to agree to download anything. The spyware package allowed its masters to use the phone's camera and microphone to record anything at any time, as well as monitoring chat software such as WhatsApp.

How was the Trident malware discovered?

The malware appears to have been specifically targeted at Ahmed Mansour, a human rights activist in the UAE. Mansour received text messages on his phone which claimed to link to details of human rights abuses. However, he became suspicious of the messages, and passed details on to Citizen Lab, who dissected the malware and linked it to an Israeli company which makes spyware for use by governments.

Who made the Trident malware?

Can the Trident malware affect me?

In theory, yes. In practice, this kind of targeted malware attack is almost always designed to focus on specific users by the government responsible. They also tend to want to keep the malware they use close to their chests because it's a costly piece of software which (ironically) they don't want to get into "the wrong" hands.

It's already been patched

If you're on iOS 9, hit software update and download iOS 9.3.5. This patches the exploits used by the NSO malware, as well as throwing in a few other security fixes into the mix.

Isn't this all pretty shady?

Yes it is. Add together shadowy companies making malware and governments targeting human rights activists for surveillance by hacking and you have something that sounds like it's out of a pacy cyberwar novel. Sadly, it looks like it's not fiction.