Colin Kaepernick to join Medium as board member and columnist

Former Super Bowl quarterback cashes in on his activism 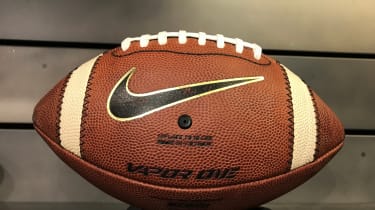 Colin Kaepernick has joined the blogging website Medium as a contributing writer. His focus at Medium will be on subjects of race and racial injustice.

Kaepernick played for six years in the NFL as a quarterback for the San Francisco 49ers. Despite leading the team to Super Bowl XLVII with his strong arm and elusive running ability, he’s better known for kneeling on the sidelines during the national anthem in protest of racial injustice.

Kaepernick, who last year started his own publishing company, Kaepernick Publishing, is also joining the website’s board of directors as a minority member.

Williams announced the move on Thursday by way of a blog post, saying Medium “will partner with Colin and Kaepernick Publishing to create and feature stories focused on race and civil rights in America, and to elevate emerging voices from communities of color.”

Kaepernick’s move into the world of media comes as speculation on his return to the NFL has heated up. On Wednesday, President Trump said Kaepernick should get another shot in the NFL, “but obviously he has to be able to play well.”

Sports websites like CBSsports.com and NFLcom already have articles ranking the teams that would be the best fit for the quarterback.

As an activist against social injustice, particularly police brutality, Kaepernick now has a platform to expand his audience.

“I am excited for Kaepernick Publishing to partner with Medium to continue to elevate Black voices in the news and publishing industry,” he posted on the Kaepernick Publishing Instagram page. “I also look forward to creating new opportunities and avenues for Black writers and creators with my new role as a Board member.”