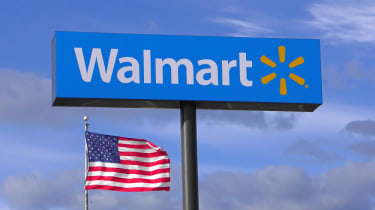 US retail giant Walmart is teaming up with Microsoft in a bid to acquire social media app TikTok, the company said on Thursday.

Walmart confirmed its interest to CNBC, adding its name to a list of several other potential parties, including Oracle.

TikTok has found itself in the middle of the US-China trade war with Donald Trump's administration threatening to ban the video-sharing app over security fears. Microsoft has become the favourite to acquire the Chinese-owned company, but Oracle is reported to be the preferred choice of the US President. The cloud giant is believed to have made a $20 billion bid.

Walmart's part in any deal with Microsoft is unclear as the company declined to explain how the two firms would split the ownership, according to CNBC. The retailer is currently pushing out plans to take on Amazon with a membership program called Walmart+, an Amazon Prime rival with original TV shows and movies.

In a statement seen by CNBC, Walmart said TikTok's integration of e-commerce and advertising "is a clear benefit to creators and users in those markets." However, it didn't explain how it would use the app or whether it would be part of Walmart+.

"We believe a potential relationship with TikTok US in partnership with Microsoft could add this key functionality and provide Walmart with an important way for us to reach and serve omnichannel customers as well as grow our third-party marketplace and advertising businesses," it said.

"We are confident that a Walmart and Microsoft partnership would meet both the expectations of US TikTok users while satisfying the concerns of US government regulators."

If approved, the deal would give both Walmart and Microsoft access to the data of hundreds of millions of consumers.