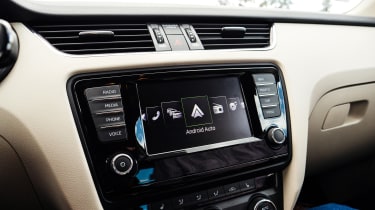 Google has launched an app update to fix a long-standing Android Auto bug, but the jury is still out as to whether or not it’s actually fixed.

Android Auto has long been plagued by a bug that prevented drivers from using voice commands to set a new destination in the navigation app or to play music hands-free. Users discovered the issue, which impacted Android 9 and Android 10 devices, in January 2020.

This week, Google rolled out a series of app updates, increasing the version number to 11.2.9 and then again to 11.2.11. Presumably, these updates were to address the Android Auto bug.

Unfortunately, Google hasn’t released a changelog for the latest updates, making it near impossible to tell if the voice command feature has returned to working order. In fact, Google hasn’t updated the app's official release notes for several versions, leaving us in the dark as to whether or not the voice-command bug was squashed in this latest update.

According to reports, some users claim the issue is fixed, while others say it is still a problem.

This isn’t the first time Google’s tried to fix the voice-command bug, as it previously confirmed it was investigating the flaw in February and announced a fix for it a month later. Those were releases 11.0.11 and 11.1.9, but the issues persisted.

At this point, it’s become a wait-and-see issue. We’ll, of course, pass on any updates regarding this critical flaw.