Some devices can’t support the color space the picture uses 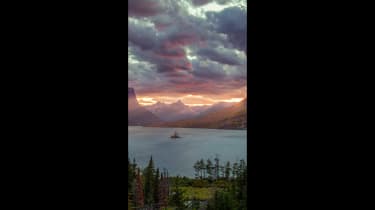 Android users have discovered that setting a certain image as their phone’s wallpaper could crash their device.

News of the bug first appeared on Twitter when leaker Ice Universe tweeted a picture (above) of the image that’s causing some Android devices to crash. Android Authority and 9to5Google have since confirmed that the wallpaper could have negative consequences when installed.

For a number of users, setting the photo as their wallpaper caused their device’s screen to start turning on and off, rendering the phone unusable. While 9to5Google claims users can restart their phone in safe mode to delete the image file, Android Authority had to factory reset its device to get it functioning normally.

The bug doesn’t appear to impact all Android devices, though. Android Authority claims it initially used a Huawei Mate 20 Pro to verify the bug, only to find it didn’t impact the device.

Davide Bianco, ROM developer for the Android Open Source Project (AOSP), has submitted a patch to AOSP that reportedly addresses the issue. In a description of the patch, Bianco states: “One possible fix is to limit y value to be always less than 256.”

This isn’t the first time Android users have faced this issue. In 2018, users reported setting certain wallpapers caused their devices to “go into a perpetual crash loop.” At the time, developers claimed they were unable to replicate the issue and ultimately closed it.

While you might be tempted to test the bug yourself, we strongly recommend against doing so. Until a fix is available, sticking to your device’s current wallpaper is a safe bet.