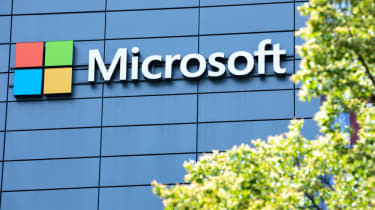 There’s no denying that Microsoft’s upcoming Surface Duo and Surface Neo devices represent cutting-edge technology with their dual screens, but new documents reveal that the company could be working on an even more exciting design for its lineup of folding devices.

Microsoft has sought to patent an all-new folding mobile device with a third screen, which could be the next handheld gadget to join its multi-screened Surface lineup.

This updated design comes from a recently published patent titled ‘Device Having A Screen Region On A Hinge Coupled Between Other Screen Regions’.

The current wave of folding smartphones and tablets all face similar issues, the biggest being how to get information to the user when the device is closed. While single-screened devices always have a screen to display real-time notifications, there’s no such thing when you opt for a folding device.

Given the complexity of the hardware and software integration it will take to accomplish a three-screened device, and the confirmed Q4 2020 launch of the Surface Duo and Neo, there’s a good chance consumers won’t see the third screen in the first iteration of devices.

Also keep in mind that Microsoft has yet to confirm three-screen technology will show up in any consumer products.

What this patent makes clear is that Microsoft continues to think up innovative solutions for the everyday problems mobile users face.