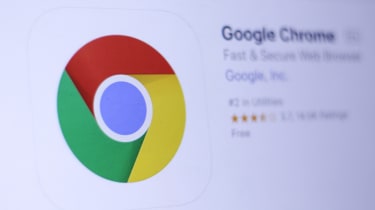 When you’ve got a webpage called up in Google Chrome, there may be times when you want to capture a screenshot of it. For example, if you’ve got an error on your machine and need to show the problem to the help desk. Or maybe you’d just like to save an image or some other piece of vital information on your screen.

But how do you take a screenshot in Chrome?

It turns out it’s pretty easy, and there are several ways to do it. Plus, each way of taking a screenshot in Chrome serves a different function.

One critical variable to consider is whether you’re OK with downloading a Chrome browser extension to take the screenshot, or would you rather stick with the tools already embedded in Chrome?

There are pros and cons to each method.

The benefit of using Chrome’s existing tools is you don’t have to download anything else or pay any extra. The downside is using Chrome’s screenshot tools takes a bit of practice if you’re not familiar with them. Plus, the tools are pretty basic and are about the same as a Windows 10 screenshot.

As for browser extensions, there’s a slew of them that’ll take screenshots for you, and many of them offer additional useful tools for working with those screenshots. Some of these extensions cost money, but many of the really popular ones are free. Most of the ones we’re going to highlight are free.

Take a screenshot in Chrome without an extension

It’s actually pretty easy to take a screenshot using Chrome’s native tools, but the average user may not know where those tools are located or how to call them up. The screenshot options are tucked away in Chrome’s developer tools panel, so you’ll have to search for them.

Start by opening the developer tools within Chrome. Here are three ways to get there:

Once you’ve called up the developer tools panel, next you’ll open up the command menu. To do this, you’ll press Control-Shift-P in Windows or Linux, or Command-Shift-P on a Mac.

Now type “screenshot” into the command menu, which will present you four screenshot options.

Once you choose the appropriate option, the screenshot should save to your computer automatically. If so, it’ll show up as a download along the bottom of your browser window.

Though these steps aren’t overly complex, you may still prefer an even simpler method: a browser extension.

The best extensions for taking screenshots in Chrome

A browser extension is a piece of software you add to your browser to customize it. Since Chrome is the most popular browser, it has thousands of available extensions. Dozens of these extensions are simply for taking screenshots in Chrome.

Here are five popular screenshot extensions and what they’re best used for:

There’s a reason this one has over 4 million users and nearly a five-star rating. For one thing, it’s free. Plus, it’s an easy-to-use extension that lets you capture the entire webpage you’re on with just one click.

Click on the extension’s icon at the top of your browser window, and the extension will capture the page as it scrolls from top to bottom. The software can handle complex pages, including inner scrollable elements as well as embedded iframes.

When the extension is done scrolling, it’ll open a new tab where you can save your screenshot in various file formats, including JPEG, PNG or PDF. If you want a PDF, you can also adjust the PDF page size.

This is a highly rated extension is free and has lots of useful features, including:

Once you complete your screenshot or recording, you can upload it directly to various project management tools, like Jira or Trello. You can also upload your screenshot to a Google drive in the cloud.

This is a sophisticated browser extension with a number of advanced tools, and it’s basic version absolutely free.

Its key free features include:

There is a premium version that costs $24.99 per year adds a few extra useful features, including:

This is a partly free extension that also has an upgraded version you can pay for.

As with most of these other extensions, you can capture the entire webpage or just the visible part of it. Or, by using your cursor, you can select a part of the webpage to capture.

You can save your screenshot as a JPEG, PDF, PNG, GIF or BMP. The files can be saved to your computer or sent via email.

Fireshot’s biggest selling point is its built-in image editor. You can easily and immediately crop, edit or annotate your screenshots in the editor.

The basic version of Fireshot is free, but the pro version with all the upgrades comes with a one-time $39.95 price. Besides giving you access to the image editor, the pro version also allows you to upload your screenshots to places like social media, Flickr, OneNote or Picasa.

This fast and easy extension is similar to Fireshot in that it has built-in image editing tools. Unlike Fireshot, however, Lightshot is entirely free.

You can select any part of the webpage to capture and save or share your screenshots quickly.

One cool additional feature: You can search the web or your hard drive or similar screenshots. This is especially handy if you work with screenshots a lot.

Needless to say, there are many other screenshot extensions for Chrome. Here’s a quick rundown of a few other options and what sets them apart:

Blipshot automatically notes the page name, date and time each time you take a screenshot. This makes it easier to find the screenshot later. Blipshot also screenshots Flash content.

Marker is a paid professional tool used by tech workers who collaborate with teams of web developers. It allows you to “mark up” a screenshot with annotations and send it to teammates via project management tools like Trello, Jira, Asana, Slack, etc. This makes it quicker and easier for product teams and digital agencies to collect and report “bugs” and website feedback. All the reports Marker generates automatically include metadata about the webpages it captures. Marker plans start at $45 a month.

And there are many others, including Clipular, Open Screenshot, LambdaTest, etc.

The bottom line is If you want to take a screenshot in Chrome, you’ve got a lot of good (and free) options. You just have to find the one with the features that fit your needs.

Is this the beginning of the end for Google?

Is this the beginning of the end for Google?