Microsoft Edge will arrive on Linux next month 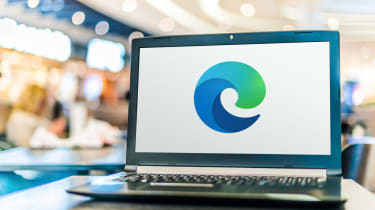 Microsoft is planning to release its Edge browser on Linux in beta next month, the tech giant confirmed at its Ignite conference.

This Linux preview, which is part of a broader push to entice businesses onto Edge, will be available to download via the Edge Insider site and through the native Linux package manager.

Much like the Windows and macOS versions, Microsoft Edge for Linux will feature the same browser engine that powers Google Chrome and supports its extensions.

The plan to release the browser for Linux was announced earlier in the year, but Microsoft isn't revealing full details just yet. There is no information regarding how many features will be available on the Linux variant of the browser, for instance, though it is likely that the vast majority of features will make their way over.

Microsoft has, however, added more privacy features that give users direct control over how websites can track you. It will also include new functions such as Collections, a feature for organising information from across the web.

This is Microsoft's big push to court developers and other technically advanced users to Edge where there is tough competition from alternatives such as Firefox and Brave, which are more established open source offerings.

The firm has also announced that it is making it easier for IT admins to manage the Internet Explorer mode found in Edge. This is the mode that helps businesses use older sites securely, without having to touch Internet Explorer itself.

Microsoft is trying to completely ditch the web browser by next year. Last month, it announced it was dropping support for Internet Explorer 11 across its Microsoft 365 apps and services by 17 August 2021. It means that the browser will no longer be supported on OneDrive, Outlook and more.

There is less time for IE 11 on Microsoft Teams web app which will lose support on 30 November 2020.