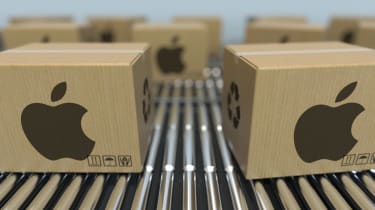 Apple unveiled plans today to go carbon neutral across its entire business by 2030. The company’s global corporate operations are already carbon neutral, but this new pledge means every Apple device sold will have net-zero climate impact.

To support its efforts, Apple is establishing an Impact Accelerator to invest in minority-owned businesses driving positive outcomes in its supply chain and communities disproportionately affected by environmental hazards.

Apple will also provide other companies with details on its approach to carbon neutrality.

“Businesses have a profound opportunity to help build a more sustainable future, one born of our common concern for the planet we share,” said Tim Cook, Apple’s CEO.

“Climate action can be the foundation for a new era of innovative potential, job creation, and durable economic growth. With our commitment to carbon neutrality, we hope to be a ripple in the pond that creates a much larger change.”

To kickstart its efforts, Apple will continue to increase low-carbon and recycled material use in its products. In its announcement, Apple cited one of its latest recycling innovations, Dave, a robot that can better recover recyclable materials like tungsten and steel when disassembling the iPhone’s Taptic Engine.

The tech giant also announced the development of the first-ever direct carbon-free aluminum smelting process, which Apple is already using in the production of the 16-inch MacBook Pro.

Apple is investing in forests and other nature-based solutions too, as it announced a first-of-its-kind carbon solutions fund to invest in the restoration and protection of forests and natural ecosystems worldwide. Through its work with The Conservation Fund, the World Wildlife Fund and Conservation International, Apple says it’s already protected and improved the management of 1 million acres of forests in China, the US, Colombia and Kenya.