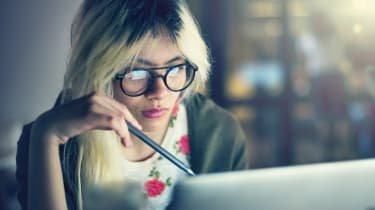 A nationwide initiative to improve workplace gender diversity wants to get 500 companies to commit to its standards, after receiving a 97,000 grant from the UK government.

The Department for Digital, Culture, Media and Sport (DCMS) committed to the second round of funding for the Tech Talent Charter after an initial round last November, bringing its investment in the scheme to 170,000.

Tech Talent Charter won the support of 200 of the UK's largest companies in April, such as HP and recruitment firm Monster, and with the new funding wants to reach a total of 500 signatories by 2019.

"We are delighted to have the DCMS both as a funder and a partner in this next phase of Tech Talent Charter growth," said CEO Debbie Forster.

"With this funding we will be able not just to grow from 200 to 500 companies by 2019 but also to ensure we are a fully national programme, extending our regional work as we break outside the London bubble."

Signatories to the charter, first proposed in 2015 and launched the following year, pledge to uphold its values of improving diversity in tech by implementing inclusive hiring practices and releasing diversity reports, among other measures.

Forster said the additional funding would allow the charter to build an "open playbook" of best practice on recruitment, retraining, and progression from women in tech, sourced from members' personal experiences, as well as holding further regional events that serve as learning opportunities for businesses.

The previous round of funding went towards the charter's national event, and setting up scalable systems for recruitment and growth.

"We'll also be working with the government, our members and partners to launch our first report in the autumn, containing not just the first national benchmarking data of gender diversity but also a map highlighting support available and talent recruitment and retention strategies around the UK to support companies who want to move the dial on diversity," Forster said.

The initiative aims to combat the lack of female representation in the tech industry, with research showing women make up just 17% of IT professionals in the UK - a figure that has remained worryingly static in the last few years.

The latest round of funding, announced to coincide with the end of London Tech Week, aims to support adding to the 225 signatories the charter has now gathered, with the latest organisations signing up including the Met Police, Cisco, and RBS.

"We are more than doubling our support for this essential and timely initiative to put the UK at the forefront of tackling the gender imbalance in the tech workforce as we work to build a Britain which is fit for the future."

Tech Talent Charter has also received additional funding over the last few years from its corporate sponsors, and in kind from a number of host companies including recruitment firm Monster, which created the initiative, Nationwide and Accenture.

The charter will also be hosting a free-to-attend Manchester event on 3 July, supported by Manchester Digital and sponsored by Cisco, that aims to educate employers on best practice on recruiting and retaining female talent.