The ultimate guide to becoming a programmer

If you’re interested in a career in programming, here’s your guide to getting started 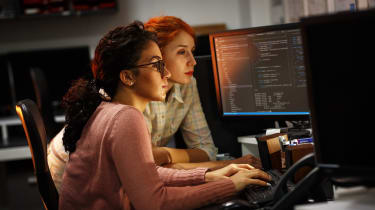 What do Microsoft co-founder Bill Gates, Google co-founder Larry Page and Facebook CEO Mark Zuckerberg all have in common? Each of them has worked as a programmer.

For those unfamiliar with the occupation, programmers are the people behind the scenes who ensure the tech you use daily works. Of course, there’s much more to it than that.

Here, we’ll help you understand what a programmer does, what skills you need to become a programmer, what job opportunities are available and where to find programming jobs.

What does a programmer do?

Saying programmers design, develop and test software is simplifying the role. A better explanation is programmers work alongside software developers to write the code for software applications and operating systems. Programmers write code in a variety of programming languages, including Python, Ruby, Java and others.

Once a piece of software is complete, programmers ensure everything functions as expected through multiple rounds of testing and getting feedback from other programmers, clients and team members.

Once a piece of software or application has passed testing and is deployed, programmers take a step back and provide updates to the software as needed.

Quick facts about working as a programmer:

What type of programmer do you want to be?

Keep in mind, programming is a broad field. To be successful, you must decide what type of programmer to be. Think very carefully about what subfield interests you most and the skills you’d like to learn along the way.

Do you need a college degree to be a programmer?

While it’s common for a programmer to have a bachelor’s degree in computer science or a similar subject, some employers will hire a programmer with an associate’s degree or no degree at all.

For you, the aspiring programmer, this means deciding how to secure the knowledge, skills and experience you need to land the job you want.

Paths to becoming a programmer:

There are hundreds of programming languages, so it’s important to decide which is most suitable for your career goals.

You’ve earned a degree or learned a commonly used programming language, now you want to apply for a programming job. Once your resume is in order, your cover letter is drafted and you know what type of programming job you’d like to pursue, it’s time to search the job boards.