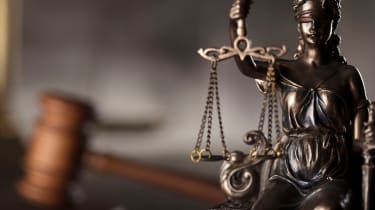 Kingstown Partners Master filed a complaint against DXC Technology Company for securities fraud on March 31. The plaintiffs argued in the complaint that claims about the success of DXC’s reorganization efforts were false.

According to the complaint, “During the period from March 31, 2017, through August 9, 2019…[the] plaintiffs acquired shares of DXC securities at prices that were artificially inflated as a result of Defendants’ violations of the securities laws.”

The complaint claims these violations stemmed from DXC’s allegedly misleading registration statement. This statement was issued to solicit investors, encouraging them to buy shares. The complaint also alleges DXC worked to convince CSC shareholders to vote in favor of the merger.

According to the complaint, the registration statement touted a post-merger workforce optimization plan that would result in $1 billion in synergies. The plaintiffs argued the registration statement was not aligned with company revenue, and DXC instead “engaged in a ruthless cost-cutting and ‘workforce optimization’ strategy,” which resulted in extreme customer dissatisfaction and the departure of several key employees.

By November 2018, there were clear declines in DXC’s share price. The extent of company losses became clear in August 2019 “when [DXC] lowered its 2020 guidance, expecting revenue between $20.2 billion and $20.7 billion, representing a $500 million shortfall from the already disappointing previously-issued guidance.” Company shares continued to fall dramatically after this news.

The case is currently being held in the California Northern District Court with Magistrate Judge Virginia K. DeMarchi presiding. Other defendants named in the case include Hewlett Packard Enterprise Company and members of its upper management.

Based in Northern Virginia, DXC was formed in 2017 after a merger between Hewlett Packard’s Enterprise Services segment and Computer Sciences Corporation.