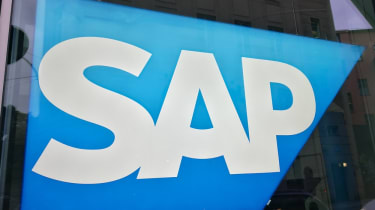 Software giant SAP saw its market valuation drop by €25 billion (£27.8bn) after it announced plans to go "all-in" on cloud computing during its third-quarter earnings call.

The German firm is on track for its worst trading day in 12 years, according to CNBC, after slashing its revenue forecast for 2020.

Fearing that lockdown restrictions would affect demand for its business relations and customer management software into 2021, the tech giant has announced plans to go "all-in" on cloud computing. The announcement means that SAP is abandoning medium-term profitability targets which could take longer than expected to recover from the coronavirus pandemic.

"As the CEO of SAP, I have to be focused on the long-term value creation of this company," SAP CEO Christian Klein told CNBC's "Squawk Box Europe" on Monday. "So I cannot trade the success of our customers and the significant revenue potential of SAP against short-term margin optimisation."

Investors reacted badly to the announcement, dumping shares and wiping €25 million off SAP's market value. However, some will point to a year of turmoil following the exit of long-term CEO Bill McDermott and the less than successful 'tandem' leadership that ended in April when Klein became the company's sole CEO.

At that point, with the coronavirus pandemic starting to hit global operations, SAP had focused on medium-term "ambition'' which was favoured by McDermott on the estimates that it would lead to profit margins growing by at least a percentage point up to 2023.

The change, however, effectively means that profit margins will stagnate over the next three years. But cloud revenue, from subscription-based services, is now expected to triple to €22 billion by 2025. As such, total adjusted revenue is being forecast at €36 billion with an operating profit of €11.5 billion.