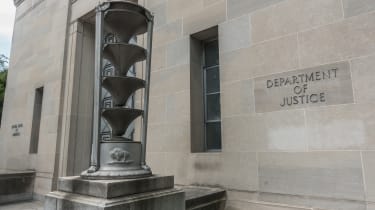 The Justice Department and a group of state attorneys general will likely file antitrust lawsuits against Google, according to The Wall Street Journal.

Insider sources claim the plan for the impending litigation is well underway, and the Justice Department is moving toward presenting its case as soon as this summer.

Though the pandemic has had a slight impact on the Justice Department’s efforts, Attorney General William Barr has leveraged a multitude of resources in investigating Google and has marked the probe as a top priority for the department. In March, Barr told WSJ he anticipated making a decision this summer. “I’m hoping that we bring it to fruition early summer,” he said at the time.

While the Justice Department seemingly plans to bring forth its case in the next few weeks, some state attorneys general, led by Texas Attorney General Ken Paxton, plan to file cases in the fall. Most of the states’ investigations into the tech giant have focused on Google’s online advertising business. Meanwhile, the Justice Department also plans to address concerns that Google uses its search business to stifle the competition.

Paxton shared in a statement to the WSJ: “We’ve issued [civil subpoenas] to Google and impacted third parties. We hope to have the investigation wrapped up by fall. If we determine that filing is merited we will go to court soon after that.”

A Google spokesperson responded to WSJ: “We continue to engage with the ongoing investigations led by the Department of Justice and Attorney General Paxton, and we don’t have any updates or comments on speculation.

"Our focus is firmly on providing services that help consumers, support thousands of businesses and enable increased choice and competition.”

If filed, such antitrust lawsuits could pose a significant threat to Google’s businesses. Not only that but should Barr’s efforts come to fruition, an antitrust lawsuit against Google would rank as one the largest cases in U.S. history.