Developers must act appropriately to prevent further spread of malware 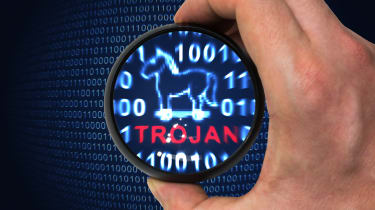 Over two million container images hosted on the Docker Hub repository harbor at least one critical vulnerability, according to new research.

In an analysis carried out by cyber security firm Prevasio on four million image containers, over half (51%) contained at least one critical vulnerability.

“Our analysis of malicious containers also shows that quite a few images contain a dynamic payload. That is, an image in its original form does not have a malicious binary. However, at runtime, it might be scripted to download a source of a coin miner, to then compile and execute it,” said Sergei Shevchenko, CTO at Prevasio.

In its report, Prevasio said if a developer takes a shortcut by fetching a pre-built image instead of composing a new image from scratch, there’s a viable risk that such pre-built images might come with a Trojan installed. If such an image ends up in production, the attackers may potentially access such containerized applications remotely via a backdoor.

“While these controls are important, the last decade has seen leading enterprises and data processors shift towards data-centric over perimeter controls to combat advanced malware, ransomware and insider risk to sensitive data,” Bower said.

“Fundamentally, to thwart the variations of malware and attacks from misconfiguration or API exploitation, a data-centric approach is vital even with advanced container and app orchestration ecosystems to avoid data compromise or attacks that can create havoc for data-hungry enterprises depending on them.”

Tim Mackey, principal security strategist at the Synopsys CyRC (Cybersecurity Research Centre), told IT Pro that when selecting an image from Docker Hub, a development team is implicitly stating that they trust the security practices of the author of that container image.

“Such implicit trust is risky from a security perspective, which is why many organizations are now creating hardened container images where the image hardening process is managed by a dedicated team skilled in operating system hardening which is separate from the core development team.