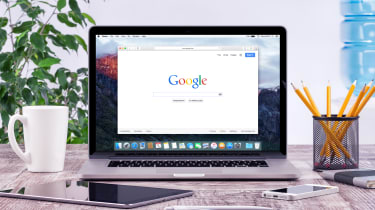 Apple plans to sell Mac computers equipped with the brand’s own processors by next year, according to Bloomberg. People familiar with the project, currently code-named Kalamata, report Apple will rely on the same designs that helped make the iPhone and iPad so popular.

Insider sources claim Apple is preparing to release at least one Mac featuring its own chip in 2021. They also claim Taiwan Semiconductor Manufacturing Co., Apple’s current partner for iPhone and iPad processors, will manufacture the new chips, which will feature components based on a 5-nanometer production technique. That’s the same technique Apple plans to use in the upcoming iPhone and iPad Pro models.

The report continues, claiming first Mac processors will have eight high-performance cores and at least four energy-efficient cores. These cores carry the code names Firestorm and Icestorm, respectively. Like the iPad, which has four high-performance cores and four energy-efficient cores, the Firestorm cores will handle heavy processing, while the Icestorm processors will handle low-power functions to preserve battery life.

Apple is also reportedly exploring future expansion to processors with more than 12 cores.

In 2005, Apple announced Macs would come outfitted with Intel processors, but the pace of Mac upgrades has declined due to a recent slowdown in Intel’s chip advancements. These slow upgrades have put years between Mac updates and frustrated some customers.

Ultimately, Apple hopes that by having its own chips, it will gain greater control over its devices’ performance while reducing its reliance on Intel.

Though Apple has yet to comment on this project, we’re sure Mac fans are chomping are excited by this report.