Exchangeable components will give them great flexibility 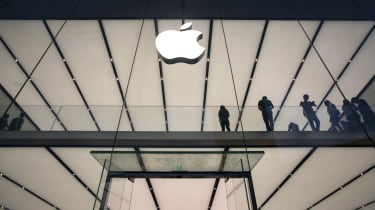 Apple is developing two variations of over-the-ear wireless headphones with exchangeable components, according to a report at Bloomberg.

While Apple’s made no official announcements about the headphones, it’s rumored they will boast a retro look, oval-shaped ear cups and a thin metal headband. Meanwhile, the arms of the headphones are said to stem from the top of the ear cups instead of the sides.

Further, reports indicate the ear pads and headband padding will attach to the headphones magnetically, making them easily replaceable and reinforcing Apple’s modular design. This approach will allow consumers to customize their headphones to their unique style and needs, much like Apple Watch users can. This design could also mean users can convert the same set of headphones from comfort to fitness, giving them superior flexibility.

Apple also plans to leverage wireless-pairing and noise-cancellation technology, which are already used in the AirPods Pro. These new headphones are also likely to use Siri for voice control and are expected to come with a limited set of integrated touch controls.

Despite Apple’s silence on these rumors, the headphones are undoubtedly part of a broader audio product strategy. Rumors also indicate Apple is developing a smaller, more competitively priced Apple HomePod while continuing to update the Beats Electronics lineup, which it acquired in 2014.