Some Teams users still aren't happy with the update 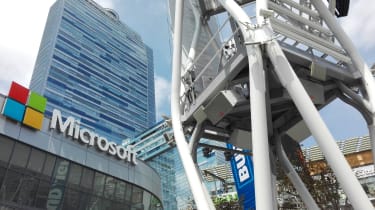 Microsoft has confirmed that Teams will soon support nine people in participant view in a bid to better challenge Google Hangouts and Zoom.

If you’re one of the many who’ve found themselves working from home during the coronavirus pandemic, you may have learned that Microsoft Teams shows only four people in participant view, which for many teams is not sufficient.

In a Monday afternoon tweet, Microsoft revealed it's upgrading Teams to push support nine participants. The firm said it plans to roll out this update by the end of April, so things remain the same for now, but they’ll soon change.

Reactions to the news have been mixed. Though the update is certainly appreciated, many Teams users are already chomping at the bit for more. While platforms like Zoom let you see up to 49 participants on a single screen, Microsoft’s measly four just wasn’t going to cut it. And now?

For many users, nine people in participant view won’t meet their needs. From teachers running classrooms online to growing organizations with team members across the US, the consensus is clear: Microsoft needs to up the ante.

To be fair, Microsoft has since shared that it’s continuing to increase the number of people displayed in participant view, so users should have more to look forward to soon.

An expanded participant view isn’t the only update coming to Teams either. Microsoft recently took to its Teams UserVoice forum to announce it would also launch pre-selected background images for desktop users.

In a time when teleconference tools have become more useful than ever, we look forward to learning more about what Microsoft has in store for Teams and its users