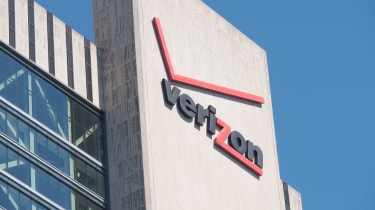 The company will forgo advertising on both platforms until Facebook “can create an acceptable solution that makes us comfortable," it said.

The move came in response to an advertisement for Verizon appearing next to a video from QAnon, the conspiracy group known for its far-right conspiracy theories surrounding the deep state.

Verizon’s chief media officer John Nitti explained the choice to boycott Facebook ads in a statement: “We have strict content policies in place and have zero-tolerance when they are breached, we take action.

"We’re pausing our advertising until Facebook can create an acceptable solution that makes us comfortable and is consistent with what we’ve done with YouTube and other partners.”

Verizon isn’t the first to take a stand against Facebook’s advertising platform. Earlier this month, the Anti-Defamation League, the NAACP, Sleeping Giants, Color of Change, Free Press and Common Sense called on Facebook advertisers to pause their July spending on the social media platform.

“Facebook has become one of the largest and most profitable companies in the world by allowing disinformation, hate and incitement on its platform," James P. Steyer, founder and CEO of Common Sense said at the time.

“Facebook has refused to stop prioritizing profits over the well-being of our society, but advertisers can, which is why we are urging companies to take a pause from spending on Facebook ads until it makes common sense changes on the platform that protect our children, our democracy and social justice in this country," Steyer continued.

In response to the boycott, Carolyn Everson, VP of global business at Facebook, shared in an emailed statement: “We respect any brand’s decision, and remain focused on the important work of removing hate speech and providing critical voting information.

"Our conversations with marketers and civil rights organizations are about how, together, we can be a force for good.”