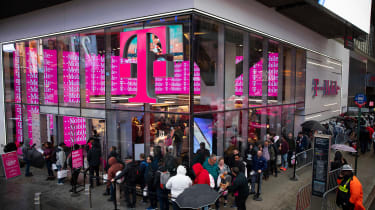 The sale to Dish Network, announced this week, was mandatory in order for T-Mobile to finalize its long-awaited merger with Sprint.

Dish Network has brought Boost Mobile as part of its ambitious plans to compete with what remains of the big wireless carriers - T-Mobile, AT&T and Verizon.

T-Mobile and Sprint have been working on a merger for seven years but have been held up by regulatory snags. Federal antitrust regulators had been concerned about the US’ four big nationwide carriers shrinking to three, reducing the amount of competition.

To approve the merger, the US Department of Justice (DoJ) and the Federal Communications Division (FCC) required T-Mobile to sell off its subsidiary Boost Mobile, a prepaid wireless service that uses T-Mobile’s communications network.

Boost is an “alternative carrier “ or mobile virtual network operator (MVNO) that leases coverage in bulk from T-Mobile and resells it to customers at a discount.

Dish Network paid about $1.4 billion for Boost Mobile, which serves roughly 9.3 million wireless customers. That’s more than 9 million subscribers for what Dish envisions as its own major wireless network.

Dish has plans to build out its own 5G network. For the time being, it has inked an agreement giving it access to T-Mobile’s network for at least the next seven years.

The FCC and DoJ envision Dish as a fourth national wireless carrier, competing with the other three. Dish still has a ways to go, but acquiring Boost Mobile is a significant step.

As for T-Mobile, nothing is nowstanding its way of its merger with the Sprint network.

“We just checked an important milestone,” said T-Mobile CEO Mike Sievert. “In closing our deal with Dish to divest Sprint’s prepaid brand, T-Mobile followed through on fulfilling one of the most significant commitments we made as part of this merger process.”

Like Dish, T-Mobile is also building its own 5G network. The race to develop and deploy 5G is pushing the technology further towards becoming a reality. It promises to enable faster speeds, massive connectivity, decade-long battery life for sensors and super-responsive and reliable networks for customers.