Apple to remove thousands of unlicensed iPhone games in China 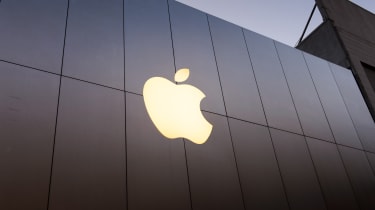 Apple has removed tens of thousands of unlicensed Chinese apps from its iOS App Store.

China’s government requires all games purchased, or those that offer in-app purchases, to go through a review process to get approval for licensing before publication. Currently, the Chinese iOS App Store has approximately 60,000 games, but only about a third of them have licenses.

Apple had previously allowed games awaiting licenses to go live, but the process is exceptionally slow, resulting in thousands of unlicensed games in the App Store.

Some games that feature violence or other questionable imagery stand little chance of passing China’s review, but they’ve operated successfully under the previous Apple policy.

In February, Apple issued a reminder to Chinese game developers to obtain their licenses by June 30, though it's not known how long it’ll take Apple to remove the games once the deadline passes. The move by Apple comes as it faces two antitrust investigations by the European Union.

Some larger Chinese game developers like NetEase Inc. and Tencent Holding LTD have obtained licenses for their products, but smaller companies lack the resources to speed their games through the typically slow process.

They could switch from their current revenue-generating models to in-app advertising to avoid the regulations, but that could hurt their games’ popularity. Another option is to merge with one of the larger companies, but that means giving up a majority share of their own company. Neither option is terribly desirable.

Imported apps are facing even more scrutiny than Chinese games. For many U.S app makers, China represents the second-most profitable market, so losing it will be a big hit. The teleconferencing app Zoom recently gave in to the Chinese government as well, allowing China to censor certain Zoom users.

China’s government is cracking down on gaming, claiming it is leading to addiction and the propagation of content deemed offensive.