Like its name suggests, the S20 Ultra is a beefed-up smartphone with double the good stuff

This year, Samsung was very briefly usurped as the number one mobile phone manufacturer, losing the top spot to Huawei in April after the Chinese firm saw an uptick in sales from its homeland's recovering market. This was short lived though, as Samsung still managed to sell 54.75 million handsets to Huawei's 54.12 in Q2, according to Gartner.

The pandemic has hit the whole market quite hard, but for Samsung it's been particularly difficult; it's 2020 Q2 sales dropped by 27.1% compared to 2019. This means that the Galaxy S20 Ultra has, so far, not sold as well as any of the S10 range - which is a shame, because it might just be the best Android phone around.

The tragedy of the modern smartphone is that the more beautiful they make them, the more slippery they seem to be. As such, all those curved, glass edges make a case an absolute necessity because they have a tendency to slide when placed on the slightest gradient. This has somewhat peaked with the Samsung Galaxy S20 Ultra; it has no grip whatsoever, but at the same time, it's too handsome to hide behind a case (even a transparent one). 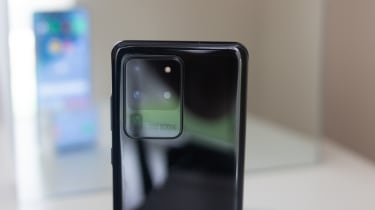 The Ultra is large yet sleek, with a 166.9mm tall frame wrapped in Corning Gorilla Glass 6. There's a very bulky square camera module on the back, but even that has a touch of understated style due to the way the glass finish reacts to light. The phone comes in three colours - 'Comic Grey', 'Cosmic White' and 'Cosmic Black' - but they all subtly change with the light. Our review model is black, but when it's illuminated it's more grey, and all its logos - be it the Samsung one or the "space zoom" text on the camera - stand out more. A number of recent models have used two-tone effects with bright or pastel colours, but Samsung has done more with the basics and it's genuinely stunning.

Screen technology is very much Samsung's bag and the S20 Ultra's 6.9in display is further proof of that. It's a Dynamic AMOLED panel with a screen resolution of 3,200 x 1,440 and a pixel density of 511ppi. This is a very tidy screen too, with a minimal cutout for the 40MP front camera and a set of extremely thin bezels.

However, the real draw this year is the 120Hz refresh rate. The S10+ had a mere 60Hz display and both OnePlus and Huawei have brought out devices with 90Hz displays. These all pale in comparison to the S20 Ultra though, which has a screen that refreshes 120 times per second. As you should expect, the constant refreshing provides a fluid performance and navigating between apps, scrolling and moving the UI about is smoother than melted chocolate. 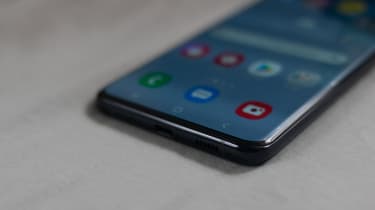 With our calibrator, the S20 Ultra scored well for colour accuracy, with a 98% sRGB gamut coverage and a total volume of 104%. The P40 Pro managed 100%, but these aren't really that different, and anything above 95% is typically a great display. From our own use, it's vibrant, crisp and superb in bright conditions, peaking at 667cd/m2.

All three models of S20 were released with Samsung's Exynos 990 processor, which has also been included in the recently launched Note 20. It's been developed using a 7nm fabrication process and heterogeneous architecture and this rather complicated innovation gives the S20 Ultra the juice it needs to sustain top performance.

We tested the S10+ in GeekBench 5 and its Exynos 9820 processor scored a whopping 805 for single-core and 2,068 for multi-core operations. But with the 990, the Ultra blows that out the water with 948 for single-threaded and 2,869 for multi-threaded performance. The only phone on the market that's better than that is the unnecessarily powerful iPhone 11 Pro Max which absolutely trounced the Ultra in single-core GeekBench 5 tests by 40%. 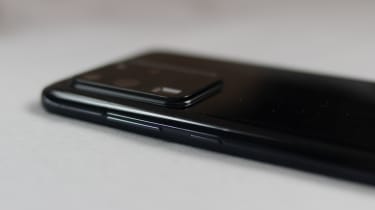 That said, any of the top end smartphones released within the last three years will have more than enough power for even the most hardy of users; no one is going to be testing the circuits on their S20 Ultra anytime soon. There's also plenty of storage too. Our review model is the 'basic' tier with 12GB of RAM and 128GB of expandable storage.

A super processor and high energy screen can be easily let down by a shoddy power supply but thankfully the S20 comes with a 5,000mAh battery. It managed 22hrs 12 mins in our looped video test, which is better than any other flagship on the market; it beat the P40 Pro by almost an hour. For everyday use, there is enough power to last well into a second day before charge, although using the 120Hz refresh rate or any 5G connectivity will drain it much quicker.

The Ultra currently runs Android 10 with Samsung's One UI 2.5. Android 11 has been released by Google but because it uses a customised version of it, Samsung phones are usually one of the last to receive the updates. That said, the South Korean giant's version is very neat and simplistic. The power, time and Wi-Fi logos take up very little of the space at the top of the display and the apps are easy to arrange and tweak - though Samsung still insists on adding its own apps, which annoyingly can't be removed.

There are a few productivity shortcuts in the keyboard settings. These are usually things to help edit text or extra emojis, but for the S20 Ultra, there's a new one to customise the keyboard layout. Open up the keyboard in an app or browser and click on the settings icon. There you'll find an option for 'style and layout'. You can either choose between four standard themes (light, solid light, dark, solid dark) or turn on the 'high contrast keyboard' which makes the keys standout with yellows on black or vice versa. 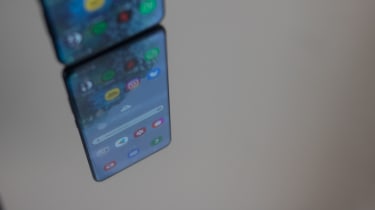 Given that it's 76mm wide and weighs 220g the Ultra is quite cumbersome to operate single-handedly. You can, however, reduce that 6.9in display to a little box which can be increased or decreased to suit. This is the one-handed mode which can also be enabled in the settings. Once set up, you can double-tap the square navigation icon to activate it. This is great for freeing up your other hand to hold a coffee, for example.

The S20 line is one of the first truly mainstream 5G ranges, and although there is 5G here, there and almost everywhere, it hasn't quite lived up to the hype (as yet). The S20 Ultra has all the hardware - X55 modem, antenas, processing power - but it's fair to say 5G itself still hasn't come of age. The 5G part of the Ultra is there, but it isn't much of a selling point right now.

Camera technology on smartphones has rapidly progressed over the last two years. Since Huawei launched the P20 Pro and the triple-lens Leica setup, we've seen more and more cameras crammed into phones with AI and zoom capabilities. Four is the standard number you can expect these days, and where Huawei briefly led this area, other manufacturers are quickly catching up. The S20 Ultra houses a rear camera setup featuring three lenses: a 108MP f1.8 lens, 12MP f2.2 ultra-wide camera and a 48MP f3.5 telephoto lens, as well as a DepthVision sensor.

The telephoto lens has a 100x hybrid zoom, on par with Huawei's P40 Pro. Samsung's version is called "Space Zoom" and it's partly why the camera module protrudes so much; the lenses have been put together sideways, with mirrors used to feed more light into them. With Samsung's AI software, these are used to capture pictures from ridiculous (and potentially intrusive) distances. 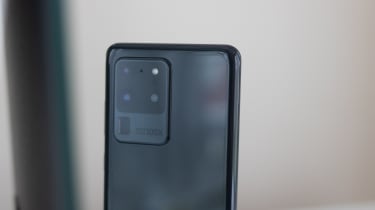 As with Huawei's version, the more you zoom, the less focused the pictures are. Samsung has added a stabilising feature, which works well on video or standard shots, but it still isn't enough to control the zoom at maximum. That said, it is a relatively new technology and the innovation is still very impressive.

Samsung is, however, well out in front when it comes to video. The Ultra supports 8K, which is double what the S10+ had. That's no small bump in quality either, it's a ruddy giant leap. But, of course, to fully appreciate the 8K recordings, you'll need a giant 8K screen. On a smartphone, the playback will be limited to the maximum resolution of its display.

The Samsung Galaxy S20 Ultra came out in February with a price tag almost as high as the company's foldable devices. That combined with the outbreak of COVID-19 hasn't helped it in a very tough market. This is despite it being not only the best phone Samsung has ever produced, but also the best Android phone available today.

At £1,199 it is too expensive, particularly given the current financial crisis, and at 6.9in it's perhaps a little unwieldy - although if you find this is the case, we'd encourage you to try the single handed mode. But the main reason you buy a phone with the "Ultra" label (or plus or pro) is for the extras. In this case, it's all that extra screen, that magnificent 120Hz display and the souped up processor. In that regard, this is quite literally the ultra smartphone.