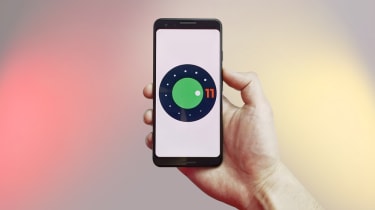 Android 11, the latest update of Google's mobile OS, has launched with a slew of privacy controls and a screen-recording tool.

Most of the new features relate to the way apps use elements of a user's device and how permissions are handled when they launch.

Google has encouraged third-party device manufacturers to roll out system updates more quickly than usual in a bid to get the features to market as soon as possible.

In addition to its own Pixel brand, OnePlus, Xiaomi, and Oppo will be among the first to offer downloads of Android 11. Samsung and LG typically take longer to adopt the new features to their own user interfaces.

Once downloaded, users will be able to grant single-use access to their devices' most sensitive permissions, such as the microphone, camera and location. This means that apps will need to ask for permission if it needs access to the sensor again. Any apps installed that haven't been used in a while will also need to reconfirm permissions before accessing data.

Users will no longer have to wait for full OS updates for any additional Google Play system and privacy fixes as they will be now sent to devices straight from Google Play.

For enterprise users, Android 11 will offer "work profiles" that give IT departments tools to manage devices without monitoring the personal profile data or activity of the phone.

Other updates coming with Android 11 include a feature that allows users to record their screen without having to install a dedicated app – which could be used to capture video calls.

There are also features to simplify IoT connections, such as a button that lets users call up controls for all their connected devices in one place, and a tool designed to manage multiple messaging apps, including Facebook Messenger, Twitter, WhatsApp, Slack and Telegram.