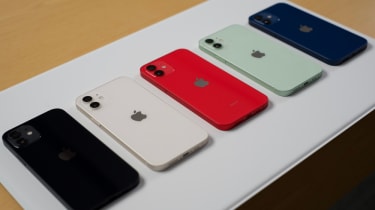 Worldwide smartphone sales totalled 366 million units in the third quarter of 2020 as the market continues to show signs of recovery after slumping heavily during the height of the coronavirus pandemic.

However, the industry is still down compared to the same quarter of 2019, according to Gartner, with an 8.7% decline year-over-year.

The markets hierarchy also saw changes during the three-month period, with Chinese firm Xiaomi capitalising on declining Huawei sales to overtake Apple as the third best selling manufacturer in the quarter.

"Consumers are limiting their discretionary spend even as some lockdown conditions have started to improve," said Anshul Gupta, senior research director at Gartner. "Global smartphone sales experienced moderate growth from the second quarter of 2020 to the third quarter. This was due to pent-up demand from previous quarters."

"Early signs of recovery can be seen in a few markets, including parts of mature Asia/Pacific and Latin America," Gupta added. "Near normal conditions in China improved smartphone production to fill in the supply gap in the third quarter which benefited sales to some extent." Huawei lost the most market share during the quarter with a 21.3% slump in sales year-on-year. The firm still managed to retain second place after selling 51,830 units in Q3, but that is a long way behind Samsung which remained the most popular manufacturer of Android-based phones after flogging 806,816 units.

The decline of Huawei also helped Xiaomi, which saw a 34.9% growth over the year. That increase helped it into third, above Apple, which continues to decline, despite finally launching a 5G smartphone.  "Apple sold 40.5 million units in the third quarter of 2020, a decline of 0.6% as compared to 2019," said Annette Zimmermann, research vice president at Gartner.

"The slight decrease was mainly due to Apple's delayed shipment start of its new 2020 iPhone generation, which in previous years would always start mid/end September. This year, the launch event and shipment start began four weeks later than usual."