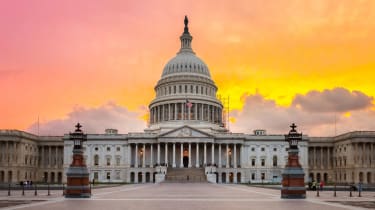 Four out of five Americans have said they want a federal privacy law in place to protect their personal data, according to new research.

An overwhelming majority (73%) also said that they would prefer to pay for online services in order to prevent their data from being sold to third-party marketing agencies.

Privacy management company DataGrail surveyed 2,000 US people aged 18 and above and found that 83% of respondents now demand greater control over how their data is used by businesses and are in support of country-wide data protection legislation.

And 68% of those surveyed expect to have the option to opt-out of having their data passed on to a third-party.

These requests and expectations for more control come as more Americans are concerned that the current controls exerted over their personal data are lacking; for example, 62% of people in the survey continue to receive emails from a company even after they have unsubscribed from such emails.

Furthermore, 82% have concerns about businesses monitoring or collecting data from their phone microphone, laptop webcams, home devices – such as Google Home and Alexa enabled devices – or mobile devices with location-tracking features.

Understand Brexit and the data law modifications it may cause

The findings come just weeks after the introduction of the California Consumer Privacy Act (CCPA), considered to be the United State's answer to the General Data Protection Regulation, only confined to the state of California.

“As people put more of themselves online, they expect to have more control and transparency over their personal information,” said Daniel Barber, CEO and co-founder of DataGrail. “The good news is that businesses are responding. Brands are already making big moves to show their dedication to privacy, and it’s paying off.”

“Those that proactively update preferences and consent will end up with a more loyal customer-base. However, we still have a lot of education to do. It’s clear people want the regulations. Our research shows that 50% of people would exercise at least one right under the CCPA.”

DataGrail’s survey revealed that if US citizens were all granted the data protection afforded by the CCPA, then 65% of them would want to know what information a business is collecting from them, as well as have access to it. And 49% would like to have the right to delete such personal data a business might hold pertaining to them.

There’s a commercial incentive for businesses to adopt more privacy-centric practices when it comes to customer data. According to DataGrail, US citizens are willing to take their money elsewhere and abandon their shopping preferences if their private data isn’t protected by the companies they are dealing with. More than three-quarters of those surveyed would be willing to pay in exchange for better privacy protections and to not have adverts shown to them, for example.

All this is indicative of a growing interest people are taking in their data privacy, with data-sharing malpractices such as the Cambridge Analytica Facebook data scandal, and major data leaks, bringing the data collection practices online business carry out into the spotlight.